Hall of Famer Gaylord Perry Passes Away at 84 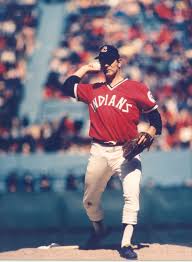 The Cleveland Guardians are saddened to share the news of the passing of Hall of Fame pitcher Gaylord Perry, who passed away this morning in Gaffney, SC. He was 84 years old.

“The Cleveland Guardians family is deeply saddened by the loss of one of the great pitchers in baseball history, Gaylord Perry. We are honored that during Gaylord’s 22 years as a big-league pitcher, four of those were in a Cleveland uniform. He was a cherished member of our Alumni Ambassador program, and loved telling stories when visiting with our fans at Progressive Field. We send our condolences to the entire Perry family, as well as to his many teammates and other organizations impacted by his Hall of Fame career,” said Bob DiBiasio, Guardians SVP/Public Affairs.

A veteran of 22 MLB seasons who spent nearly four years with Cleveland, Perry was the first player to win the Cy Young Award in the both the American and National Leagues. He amassed 3,524 career strikeouts, eighth-most in MLB history, while compiling 314 wins, including five 20-win seasons.

Born on September 15, 1938 in Williamston, North Carolina, Perry was one of three children and grew up working on his family’s farm with his older brother Jim, a 17-year MLB veteran who played seven seasons with Cleveland. A three-sport star at Williamston High School, the younger Perry turned professional following an illustrious high school career, signing with the San Francisco Giants in 1958.

Following two years in the Giants’ minor league system, Perry ascended to his first 40-man roster in 1961 and made the club’s opening day roster in 1962 as a relief pitcher and spot starter. After bouncing between San Francisco’s rotation, bullpen and minor league system for four seasons, Perry had a breakout year in 1966, earning his first All-Star nod while posting a 21-8 record and 2.99 ERA. On September 17, 1968, Perry threw his first career no-hitter against St. Louis at Candlestick Park in a 1-0 win. Following nine seasons with the Giants, Perry was traded to Cleveland along with Frank Duffy for flamethrower and six-time All-Star Sam McDowell.

Perry enjoyed three-and-a-half outstanding seasons with Cleveland, collecting 70 wins while recording a 2.71 ERA. In 1972, his first year with the club, Perry claimed his first career Cy Young Award after going 24-16 with a 1.92 ERA and leading the American League in both wins and complete games (29). That season, he recorded a win, loss or save in each of the 41 games in which he pitched. In 1974, after Jim was traded to Cleveland prior to the season, the Perry brothers combined for 38 of the club’s 77 victories. Perry, who collected at least 200 strikeouts in each of his three full seasons with Cleveland, was traded to the Texas Rangers midway through the 1975 campaign.

After being dealt to the San Diego Padres, Perry was awarded his second career Cy Young trophy in 1978 following a 21-win season in which he notched a 2.73 ERA. He was traded back to Texas in 1980 before finishing his career with brief stints with the New York Yankees, Atlanta Braves, Seattle Mariners and Kansas City Royals. Perry totaled five All-Star selections as well as a pair of pair of top-10 finishes in MVP voting.

Following his career, Perry, who has four children, signed a contract to create a baseball program at Gaffney College in South Carolina, coaching the team over its first three years of existence and laying the foundation for a NCAA Division II program that has since claimed three conference championships.