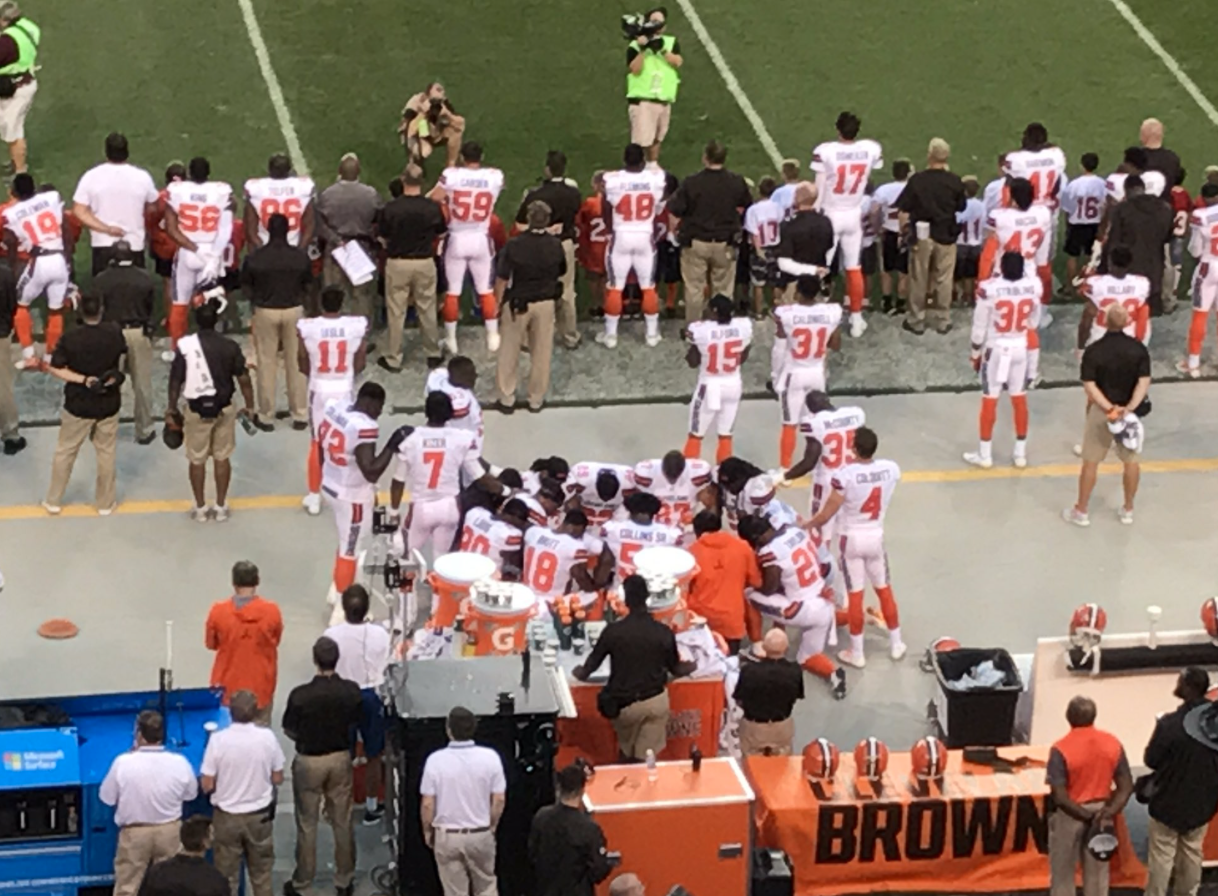 CLEVELAND– Prior to the beginning of the Browns’ second preseason game against the New York Giants, a group of players knelt and formed a huddle during the national anthem.

While one group took a knee and formed a circle, DeShone Kizer, Shon Coleman, Jason McCourty, Marcus Martin and Britton Colquitt stood alongside them.

Woah. A ton of Browns kneeling during the national anthem here pic.twitter.com/Qv6qSPs6kX

“As an organization, we have a profound respect for our country’s National Anthem, flag and the servicemen and servicewomen in the United States and abroad,” read a statement from the Browns.

“We feel it’s important for our team to join in this great tradition and special moment of recognition, at the same time we also respect the great liberties afforded by our country, including the freedom of personal expression.”

No Browns players participated in demonstrations last season. Last week, head coach Hue Jackson made news when he said he hoped all of his players would stand for the anthem, and later said he would support any of his players if they decided to make a statement.

“First off, our players know that I have a great appreciation for every single one of them,” Jackson said on Thursday. “I respect and support their right for peaceful protest; a right afforded to every American.
“My personal feeling is that over the last season, we’ve seen players come under unfair scrutiny for protesting during the anthem, mainly because the focus has become on whether or not a player is being disrespectful to the flag or military and not on the issue and cause attempting to be addressed by the protest.”
Related TopicsBrownsClevelandCleveland BrownsNFL