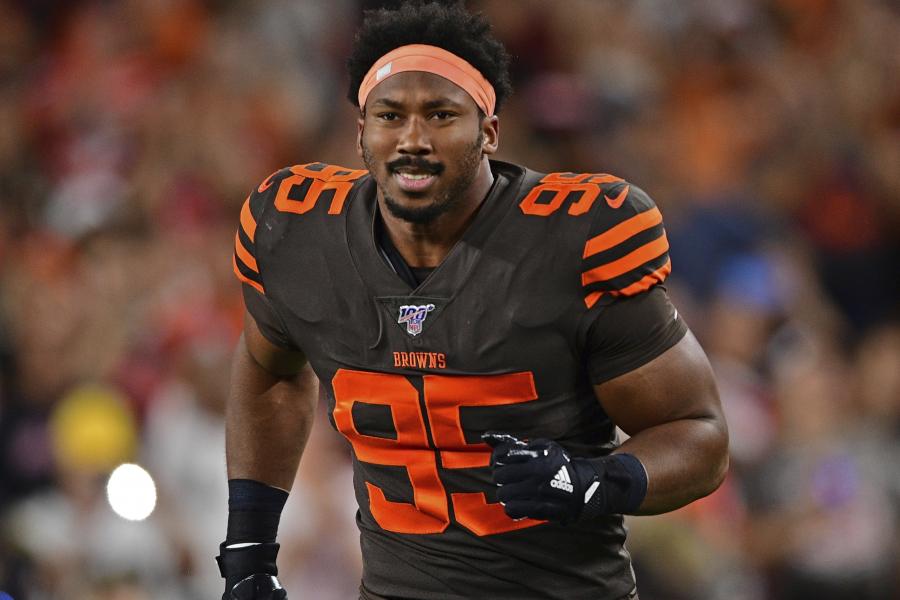 Browns pass-rusher Myles Garrett had a tough and forgettable ending to the 2019 season when he was suspended for hitting Steelers quarterback Mason Rudolph with Rudolph’s helmet.

The infraction is now history to both Garrett and the Browns, and it appears that now the 24-year-old is set to become one of the richest players in NFL history.

ESPN and NFL Network’s Ian Rapoport both are reporting that the Browns and Garrett are set to ink a five-year extension worth $125 million dollars.

With Garrett aboard for years to come, places like online kaszinó will surely be busy taking bets on the Browns this and for seasons to come.

Reports say that the deal may be inked as early as Wednesday afternoon.

It was the Browns top priority to get Garrett under contract this offseason, and you can consider it done at this point.

Garrett was the first overall pick in the 2017 NFL Draft out of Texas A&M, and has been as good as advertised if not even better since joining the brown and orange.

Last season he was on the verge of a monster campaign with 10 sacks in 10 games, but the incident against the Steelers ruined the remainder of his season, as he was suspended by the league and forced to sit and watch as the Browns slumped to a 6-10 campaign.

Garrett will be back in 2020, as the NFL reinstated him back in February, and as long as the season goes on as planned, the pass-rusher will be on the field ready to make up for letting his team down for the November 14th incident against the Steelers.

By signing the deal, Garrett would pass Chicago’s Khalil Mack, who makes roughly $23 million a season as the highest-paid defensive player in average annual salary.

Garrett has 30.5 sacks and 104 combined tackles in 37 career games. He returns to a team that finished 6-10 last season and cleaned house, firing its coach and General Manager.

There’s no question though that having a happy and compensated Garrett is a move for the Browns that is a good one. The team has learned about giving out extensions before they were due, but in the case of Garrett this was a much needed move for a franchise that needs good things to happen to it after last season’s disaster.

Now with Garrett aboard – who is next? That’s the great question and also if that person who is next wears a #6 jersey and plays at the quarterback spot.