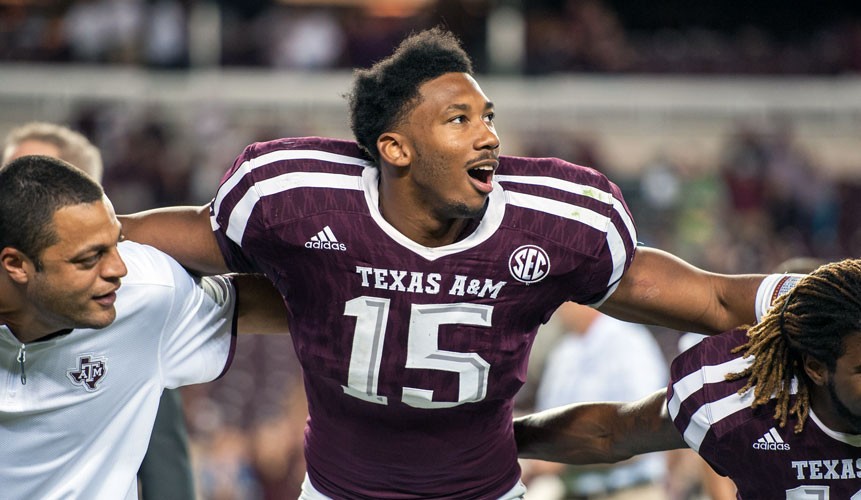 On Saturday Zac Jackson of NBC Sports, reported that former Texas A&M defensive end Myles Garrett said he felt coming into the NFL Combine that he had a good chance at being the No. 1 overall pick in the upcoming NFL Draft.

When Garrett talked to reporters at the NFL Combine he admitted that he would like to be the top pick of the NFL Draft.

Myles Garrett had this to say about being the No. 1 pick in the Draft:

“It would show I’m the top dog, at least from the beginning. But once I’m in the NFL I can’t hang my hat on that. I’ve got to keep on rising.”

Garrett has a formal interview scheduled with the Cleveland Browns on Saturday Night and plans to apologize to the organization about the video that surfaced on ESPN.com where he asked the Dallas Cowboys to draft him. Garrett since then has called the video his biggest regret.

Myles Garrett will have his on-field workout at the NFL Combine Sunday morning.

Patriots QB Jimmy Garoppolo Puts Out Cryptic Picture – A Trade in the Works?
How Many Buckeyes Should/Will The Cleveland Browns Draft?