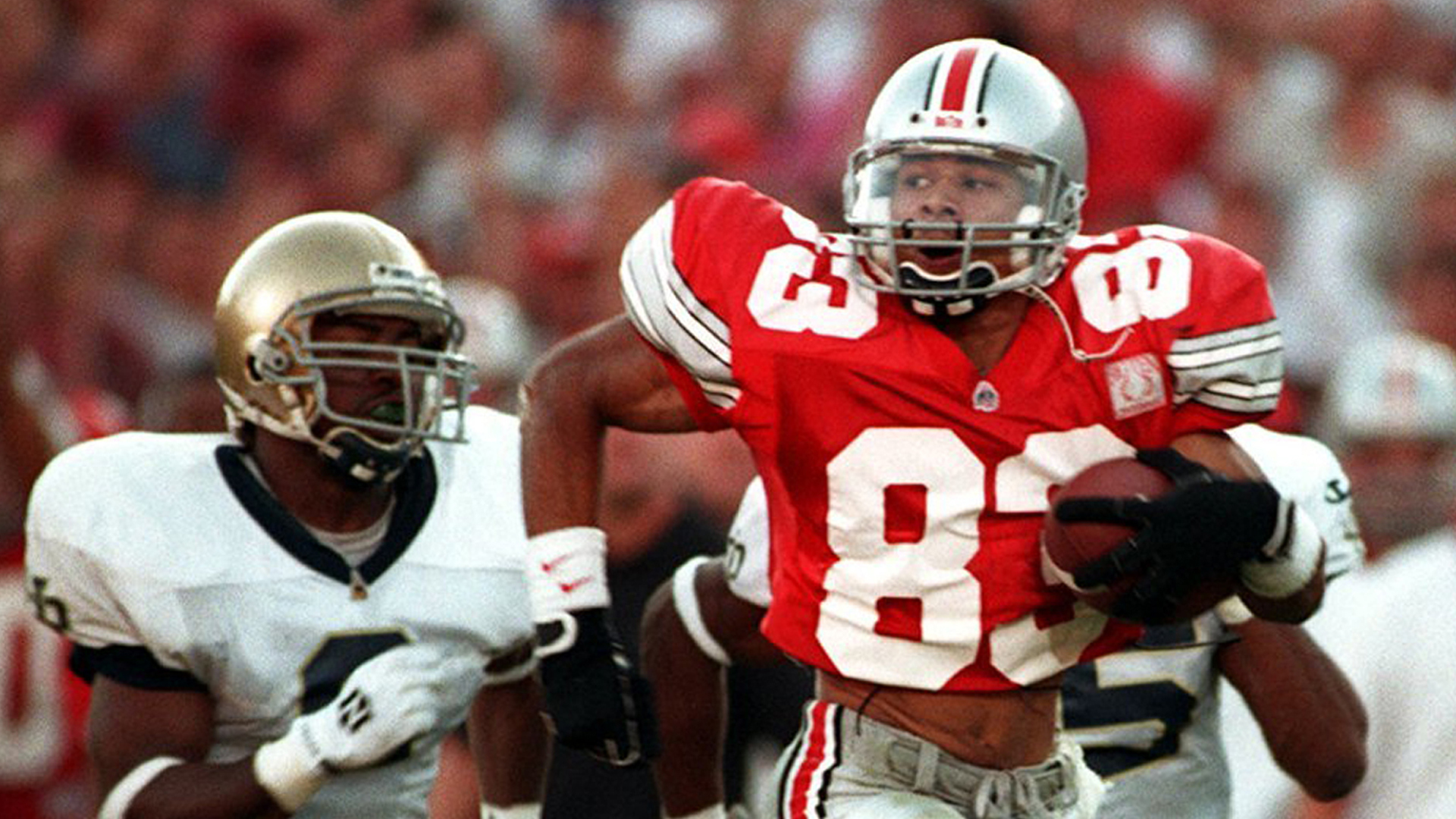 Earlier today the Buckeye Nation received some bad news as former standout Wide Receiver Terry Glenn passed away.   Glenn died at the age of 43 following a one-vehicle rollover traffic accident.  His girlfriend who was with him at the time, walked away with minor injuries.

Few will ever forget the incredible 1995 season that Terry Glenn had as a member of The Ohio State Buckeyes.  The sensational wide receiver finished with 64 catches for 1,411 yards with 17 Touchdowns.

Glenn recorded 90 receptions for 1,132 yards and six touchdowns in his rookie season. At the time, his 90 receptions were the most ever in a single season by a rookie in NFL history.  He had an up and down term with the Patriots that saw many highs, but also some lows.  The Patriots went to two Super Bowls while Glenn was part of the team.  He also caught the first ever touchdown pass from Tom Brady.

Before the 2002 season, the Patriots traded Glenn to the Green Bay Packers in exchange for two fourth-round draft picks.  His career ended after the 2006 season with the Dallas Cowboys.  He finished his career with 44 Touchdowns and 593 total receptions.