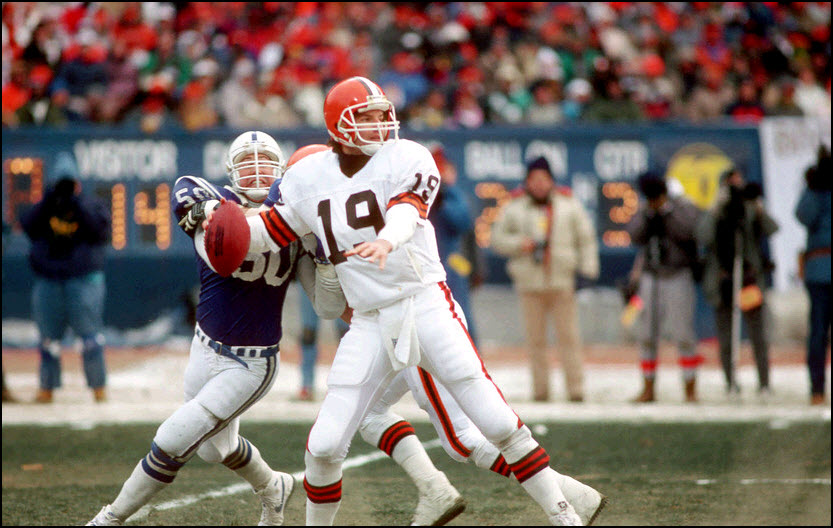 CLEVELAND – One of the Browns all-time greats will be back on television this fall and winter talking about the team, as today WOIO Channel 19 announced that former quarterback Bernie Kosar will be a part of the stations pregame show.

Here’s the official story from WOIO:

Former Cleveland Browns quarterback Bernie Kosar will be on the action packed Tailgate 19 every Sunday at 11:00 A.M. on Cleveland 19. In addition, Kosar will join Tony Zarrella on “Sports Zone” following Cleveland 19 News at 11.

Kosar, a native of Youngstown, became a Cleveland icon almost as soon as he was drafted by the Browns in 1985. Taking over the starting position midway through his rookie season, Kosar quickly cemented himself as one of the National Football League’s top signal-callers. Kosar led the Browns to the AFC Championship three times during his career and was named to the 1987 Pro Bowl.

Tailgate 19 kicks off at 11:00 A.M. this Sunday before the Browns first regular season game against the New York Jets. This Sunday will have Zarrella, Kosar, Dixon, Booms and Golic,

Cleveland Browns at New York Jets Wednesday Injury Report
Browns: Losing For a Chance to Get Jones Not a Winning Strategy