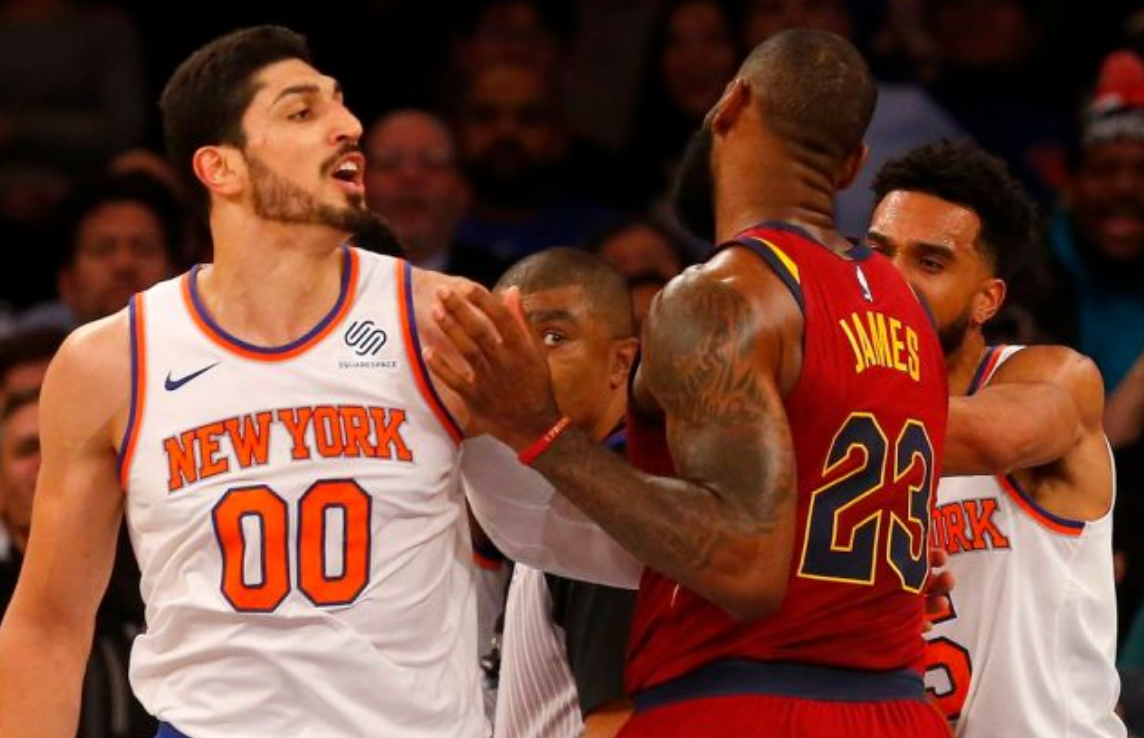 CLEVELAND– Even if you’ve been a casual Cavaliers fan this season, you likely know about LeBron James’ and the Enes Kanter’s mini-rivalry… if you can even call it that.

Basically, the rivalry consists of Kanter taking thinly-veiled shots at James ever since November (more on that in a minute).

On Saturday night after the Cavs’ loss to OKC, Kanter posted the following tweet, highlighting the number of points the Cavs gave up while incorporating James’ often used “Strive For Greatness” hashtag.

This feud between Kanter and James started back in November when James was talking about Dallas Mavericks rookie Dennis Smith Jr., essentially implying that the New York Knicks shouldn’t have passed him up in favor of Frank Ntilikina in last year’s draft. In their game at Madison Square Garden back in November, James and Ntilikina got into it, and Kanter followed that up with a shoving match of his own.

James has largely ignored Kanter. And sadly, the Knicks and Cavs don’t play again until April. That gives Kanter plenty of time to try and ratchet this feud up further.