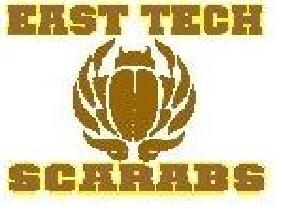 CLEVELAND– On senior night for The John Marshall Lawyers, they took on another top team in the Senate League in East Tech. In the end, the East Tech Scarabs prevailed after two overtimes. 56-50.

The Scarabs won the tip-off and scored instantly but couldn’t keep it up, as Marshall has the speed but Tech has the height.  The Lawyers still ended the quarter up 16-14.

The second quarter confirmed just how physical and competitive this game would be. They were back and forth throughout the whole second quarter. After the first half, the Scarabs had a 28-27 lead.

The forth quarter was one for the ages. Both teams were efficient on offense. With one minute left in the fourth, the game was tied at 45. After holding the ball to try and get the last shot, Tech Missed so that Marshall had one more chance to get a shot off with 2.3 seconds left. They would miss, and the game went into two overtime periods.

Marshall got called for a key offensive foul and Tech was able to pull away to remain undefeated in Senate League play.