Double T’s Continued Growth a Key for the Cavs 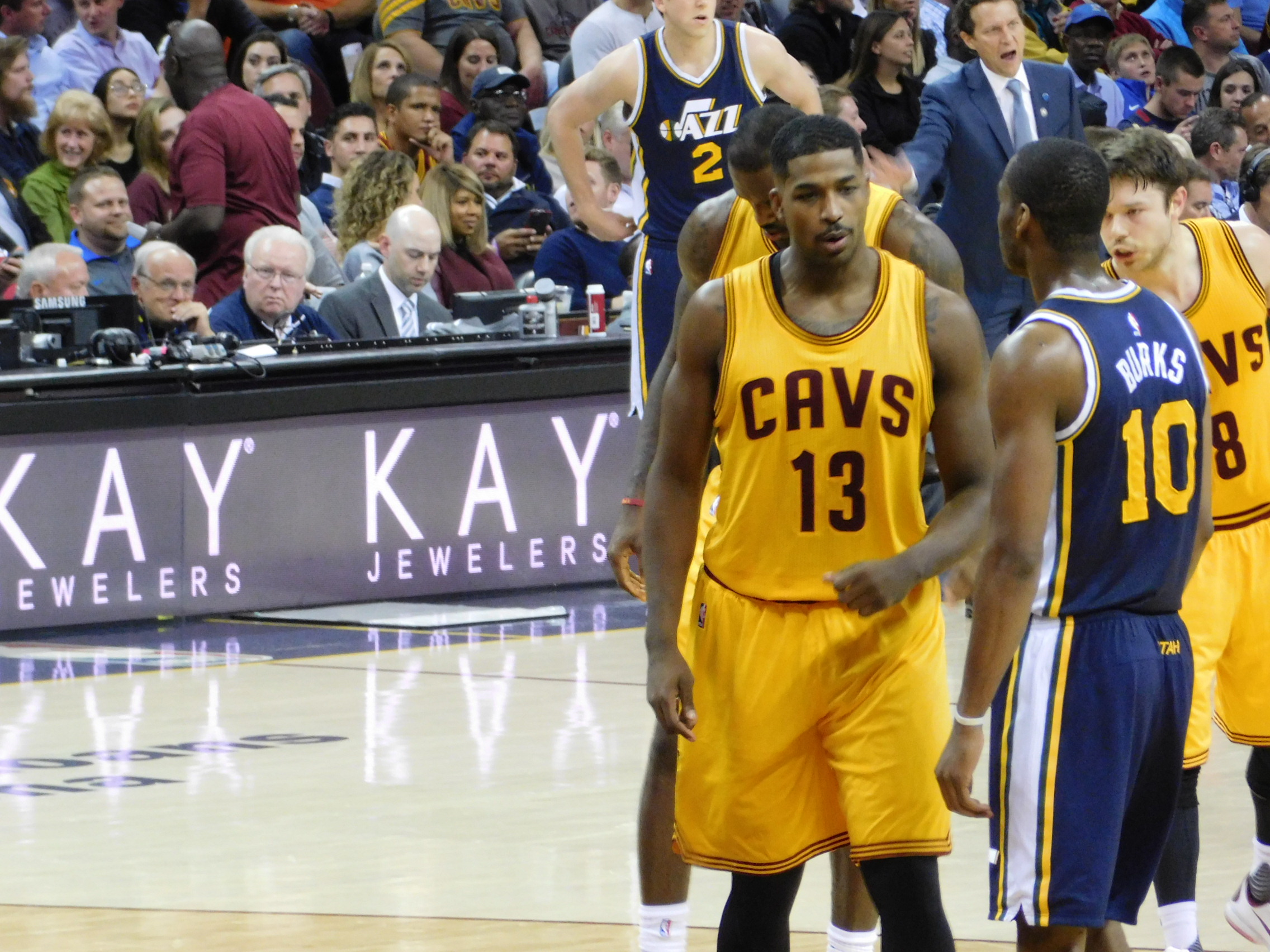 CLEVELAND – Now four and a half seasons into his career, Cavs power forward Tristan Thompson has already seen and been through a lot.

Thompson was drafted with the fourth overall pick in the 2011 draft out of Texas University after just one season and there were high expectations for him from the start.

He came to Cleveland as part of the “new look” Cavs along with Kyrie Irving.

Not only did he have the pressure of living up to a top four pick, he was also a main piece in Cleveland’s push to replace the old Lebron-led Cavs.

Thompson showed what type of player he could be right out-of-the-gate, averaging 8 ppg and 6.5 rebounds while appearing in every game.
Though the numbers weren’t eye-popping, the passion and energy Thompson played with was clear from the start.

What Thompson does without having to have the offense ran through him is a true talent in itself.

“I guess it’s a gift,” Thompson said. “Some guys need plays ran for them to score, some guys can just play hard and let the game come to them.”

The motor Tristan plays with isn’t something you can teach.

It has carried him throughout his career as he develops his offensive game and post defense.

Within the first couple years of his career it was also clear Thompson was going to be an elite offensive rebounder for a long time.

In the past three seasons, Thompson has averaged 3.3 offensive rebounds per game and finished no lower than 7th in the NBA in that category.

He has also become a very efficient scorer- improving his field goal percentage in each of the last three seasons and now sits at a career high 58% this year.

Even more remarkable is the fact that despite the team he’s had around him, Thompson has been able to find a way to have a major impact in each and every game.

“Defense, hustle and rebounding is never difficult. It’s all just effort heart and grit and that will never be a problem for me,” Thompson said.

Now playing with one of the league’s premiere rosters, Thompson had the most efficient season of his career last year and was rewarded with a 5 year 82 million dollar contract.

Maybe the most impressive thing about the 6’10 power forward is the fact that he has yet to miss a game in his NBA career, a rare feat in this day and age.

He filled in admirably when the Cavs lost Kevin Love and Irving in the playoffs last season and was arguably the second most important player during their finals run.

Now maturing into a young-vet, the sky is the limit for Thompson and the Cavs.

Though his numbers may not jump out at you, watch a few Cleveland games and you’ll see why Thompson is worth every penny of that contract to the Cavs.

LISTEN: CavsLand, Ohio Podcast- “Cavs Got Punked. Now What?”
Podcast: SOT on the Cavs – Team Chemistry and the Should They Look to Make a Deal?