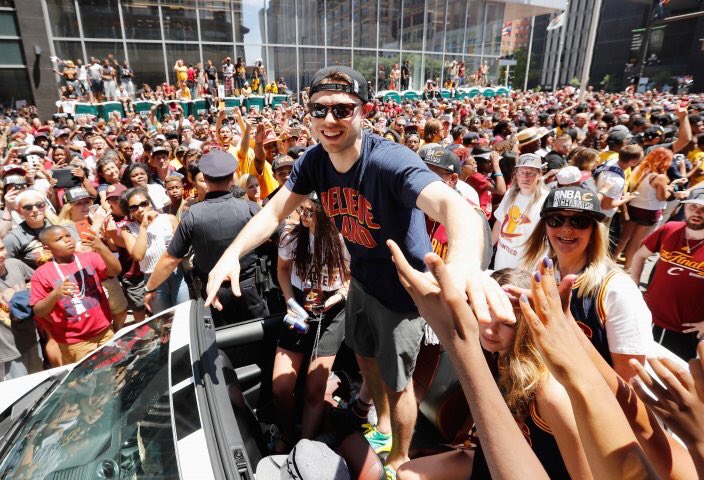 Former-Cavalier (yes, it hurts to say former-Cavalier) Matthew Dellavedova wrote a letter to Cavs fans after his trade to the Milwaukee Bucks became official.

Here’s what the 25-year-old who spent his first three NBA seasons in Cleveland had to say: 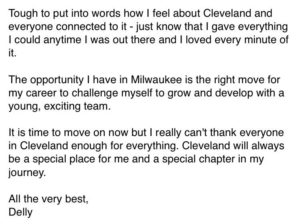 He followed it up by letting the city of Milwaukee and Bucks’ fans know he’s excited for the next chapter in his journey.