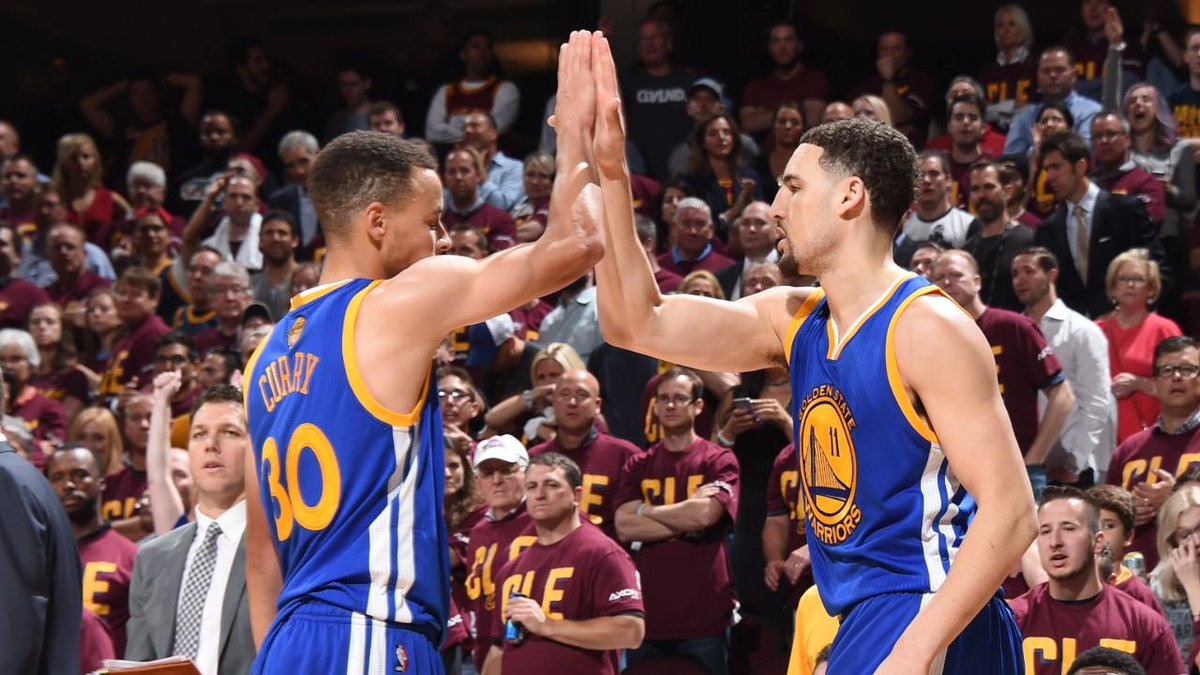 The Golden State Warriors received excellent play from MVP Steph Curry, who scored 38 points en route to a 108-97 victory in Cleveland in Game 4 of the NBA Finals.

The other member of the Splash Brother duo, Klay Thompson scored 25 points, as the pair combined for 11-of-22 from three-point range.

It was a close contest for three quarters, as Cleveland trailed 79-77 heading into the fourth, but the Warriors pulled away, outscoring the Cavs 29-20 in the final period.

Kyrie Irving led the Cavs with 34 points, while LeBron James was an assist away from a triple-double with 25 points and 13 rebounds, but settled for ill-advised jumpers throughout the game, shooting 1-of-5 from beyond-the-arc.

Kevin Love played 25 minutes off the bench, scoring 11 points to go with five rebounds. No one else on the Cavs scored more than ten points.

Aside from the two stars for Golden State, Draymond Green, Harrison Barnes, Andre Iguodala, and Shaun Livingston all chipped in, combining for 41 points between the four. The Cavs received 38 combined points from anyone not named LeBron or Kyrie.

If you take away Love’s 11 points, the rest of the team scored just 27, as J.R. Smith and Tristan Thompson each pitched in ten.

Richard Jefferson started for the second consecutive game, but was less effective in Game 4 than in Game 3, scoring just three points and fouling out.

The Cavs now trail 3-1 in the series and head to Oakland for Game 5 on Monday night, where they look to fight off elimination and force a Game 6 in Cleveland.