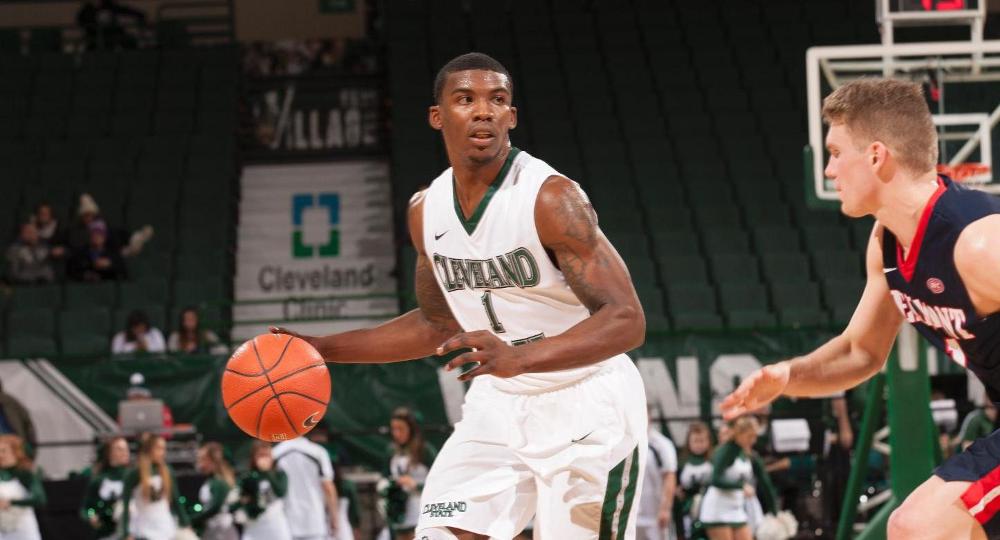 NIAGARA, NY – Jamarcus Hairston scored a career-high 17 points and Cleveland State rallied from a late 11-point deficit, but fell to Niagara, 79-77, on Tuesday night at the Gallagher Center.

CSU fell to 3-7 in its fourth one possession game of the year, while Niagara improved to 6-6.

Hairston hit 7-of-9 from the field, bettering his old career-high of 13 points, while also adding five rebounds.

“It was a great game,” head coach Dennis Felton said. “Niagara is an explosive offensive team and I thought for the most part we defended them well, but rebounding was a big difference in the game, especially offensive rebounding and second chance points. It was a great accomplishment to hold them to 41-percent. A lot of good things came from this game. We are very, very close to becoming a team who can win a game like that, but we still have to grow with the physicality and toughness and execution down the stretch.”

Niagara built the largest lead of the game (73-62) with 5:24 to play, but two three-pointers and a three-point play from Wright and a jumper from Carpenter pulled CSU within one point (74-73) just two minutes later.

Niagara’s lead was still one point (78-77) after Wright split two free throws with 51 seconds to play and after Greg King split a pair of free throws on the other end, Tyree Appleby‘s driving layup missed and the Purple Eagles grabbed the rebound. CSU’s pressure forced Niagara into a 10 second violation, giving the Vikings one last chance, but Stefan Kenic‘s three-pointer was blocked and time expired.

The Vikings received 32 points from their bench and forced Niagara into 15 turnovers.