Crowell and Johnson Ready to Run in Jackson’s Offense 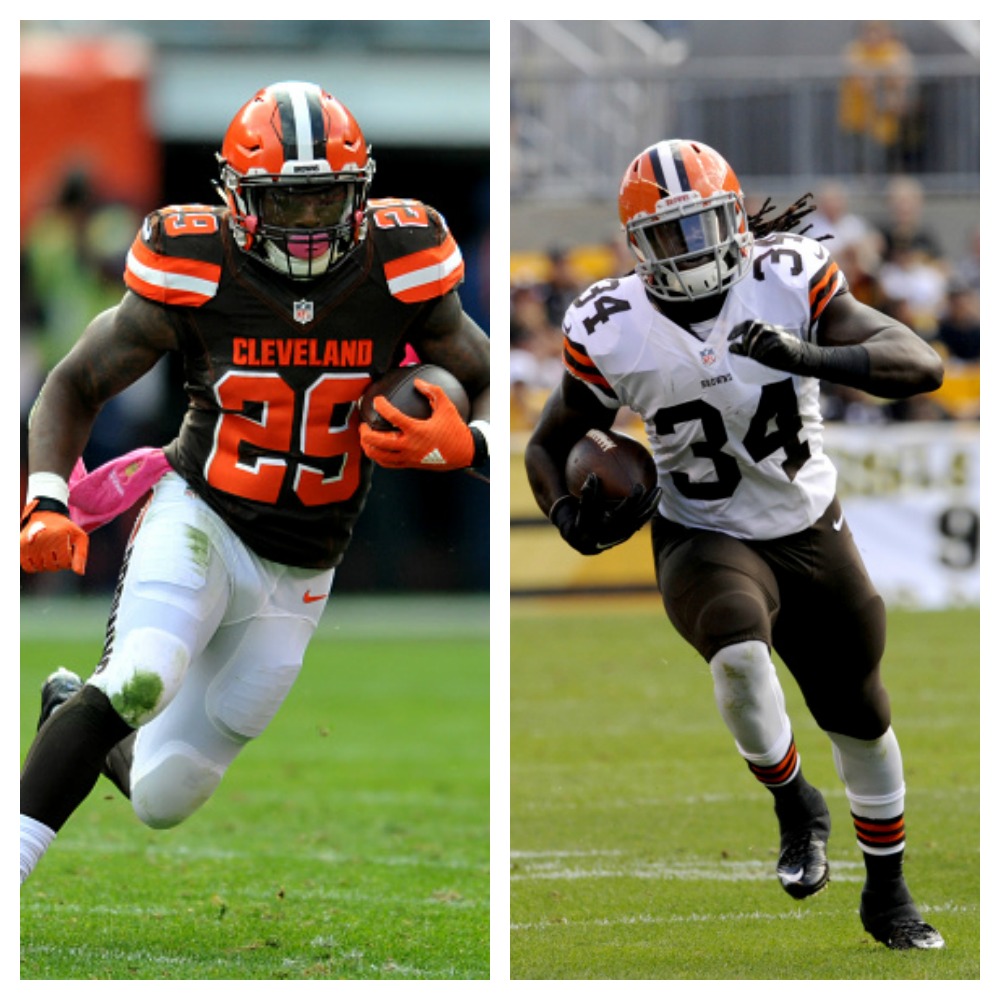 Johnson said he is looking forward to how he and Crowell will be used in tandem in Jackson’s offense.

“I am excited to see it,” Johnson said. “We are off to a good start already, but I am just happy to see how far and how in depth we go with the offense.”

The Browns selected five wide receivers in the NFL Draft, but did not draft a single running back. Crowell said the lack of a running back draft pick shows what the coaching staff thinks about his and Johnson’s abilities.

“That is just a confidence booster,” Crowell said. “Really, it just showed me that [Head Coach Hue Jackson] has great confidence in us. We want to go out there and give them all we’ve got.”

Johnson said while the comparisons to Hill and Bernard are easy to make, he is focused on filling the role Jackson wants the running backs to fill.

“We don’t really have a name for it, just whatever he wants,” Johnson said. “Split out, running the ball, whatever coach wants, that’s what we are here for.”

Crowell said he is eager to continue the success the Browns’ running game had in 2015 in Coach Jackson’s new system.

“I am very excited about it because I know Hue likes to run the ball,” Crowell said. “I feel like running the ball is a very important factor in winning and losing. I am happy about it.”