Collin Sexton’s 29 lead the Cavs past the Rockets 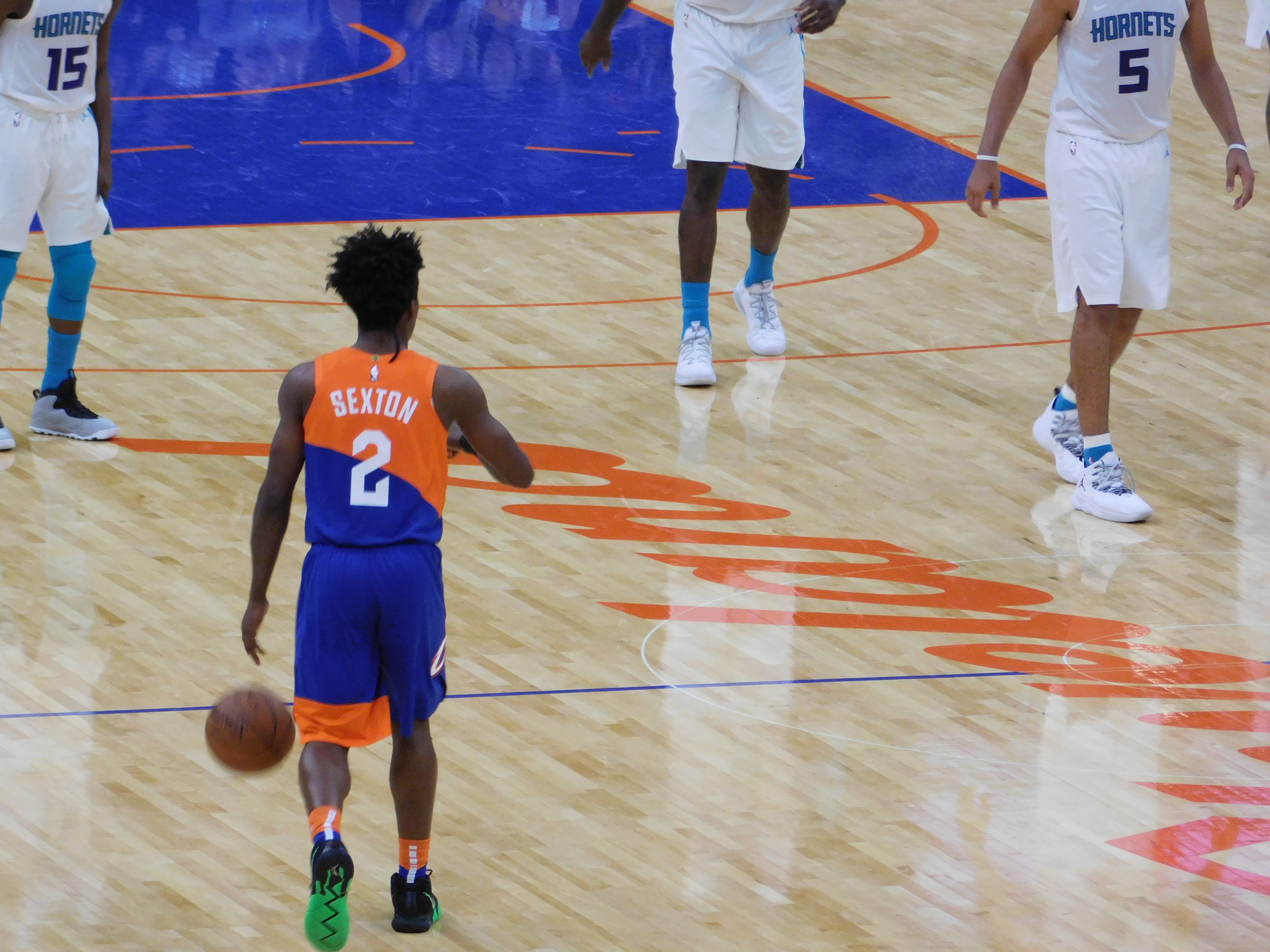 Cleveland- The Cavaliers returned home to Cleveland early Saturday morning, fresh off a win over the Philadelphia 76ers, knowing they had a short turnaround before taking on the Houston Rockets Saturday night. Houston lost Friday night on the road in Detroit, snapping what was a five game winning streak. The Cavaliers lost their first two attempts at a winning streak by an average of 20 points. The Cavaliers won back to back games for the first time this season, with a 117-108 in front of good home crowd.

Cavaliers Coach Larry Drew was very happy for his guys tonight, “We accomplished something that we have not been able accomplish this year, winning two games back-to-back. We beat two good teams.” Drew goes on to talk about the steps this Cavaliers team has taken in the last few weeks, “When I look back at what has transpired this year with this team, we had started playing some pretty good basketball, but we were just coming away empty handed. Now these last couple games we are starting to show we are able to get over the hump.”

Saturday night was a different story, one much similar to the formula that was effective vs Philadelphia. Cleveland has started the game with a lot more energy, a trend that started against the Lakers on Wednesday.  The Cavaliers jumped out to a quick 12-6 early on vs Houston, forcing the Rockets into six first quarter turnovers. The Cavaliers carried their strong first quarter into halftime holding a five point lead. Houston seemed out of sorts Saturday night without Chris Paul on the floor, they leaned very heavily on James Harden. Harden scored 24 points in the first half, and finished the game with 40 points.

The next closest Rocket was Eric Gordon, who started in place of Paul, finished with 28 points. The Cavaliers defense really put Houston’s role players in difficult spots, limiting them to only one chance most of the night. The Cavaliers out rebounded the Rockets (49-30) behind another double-double from Tristan Thompson (16pts, 20rbds.) While Thompson was the workhorse for the Cavs on the glass, three other Cavaliers (Larry Nance Jr., Kyle Korver, and Jordan Clarkson) had at least five rebounds.

Collin Sexton has looked more comfortable lately,  and Saturday was no different. Sexton scored a career high 29 points on ( 14/21) shooting, only making one three pointer. Sexton made the Houston pay all night long, as the rook attacked with aggressiveness from the opening tip. Cavaliers coach Larry Drew has started to notice a change, “I think Collin to open eyes as far as his ability to make shots on the perimeter. I think that’s who Collin is, if you try to take away what you perceive to be a weakness of his he’s going to try and prove you wrong.”

The Cavaliers hope to make it three straight on Monday when the Minnesota Timberwolves are in town. Minnesota defeated the Cavaliers the opening week of the season, but both teams are differently ball clubs now. The Timberwolves are still adjusting since the Jimmy Butler trade, but did defeat the Bulls Saturday night 111-96.

HS Hockey: Westlake Splits Double Header With Nordonia & Mayfield On Busy Saturday
Mustangs Hockey defeats Benedictine In Shoot Out To Go To The Championship Of Thanksgiving Tournament In Columbus