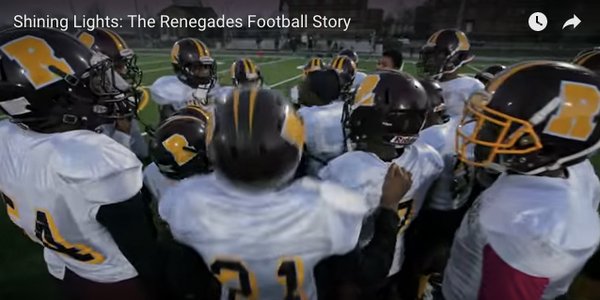 In a Super Bowl that was filled with the usual product placement, alcohol promotion, and the pro-longing of stereotype-enforcing commercialization, there were a few bright spots. Perhaps the brightest of which happened to come from the one and only Cleveland, Ohio.

First Energy ran a 30-second ad promoting their partnership with the Cleveland Browns, describing their construction of “Dwayne Browder Field” on Cleveland’s east side.

The commercial talks about how it’s every kid’s dream in the inner-city to play football under the lights, something that rarely happens in Cleveland, but is standard procedure in the suburbs.

The field went from being littered with rocks and glass to a state-of-the-art facility that Clevelanders can be proud to call their own.

As the coach in the video tells the kids before they take the field in their first night game, “It’s time for the light to shine on you, gentlemen.”

Love to see positive stories about the Northeast Ohio community. First Energy Corp., the Cleveland Browns and everyone involved in the effort should be applauded for making a difference in young peoples’ lives.

Here’s the commercial that aired during Super Bowl 50:

If you want to know more visit First Energy’s website.