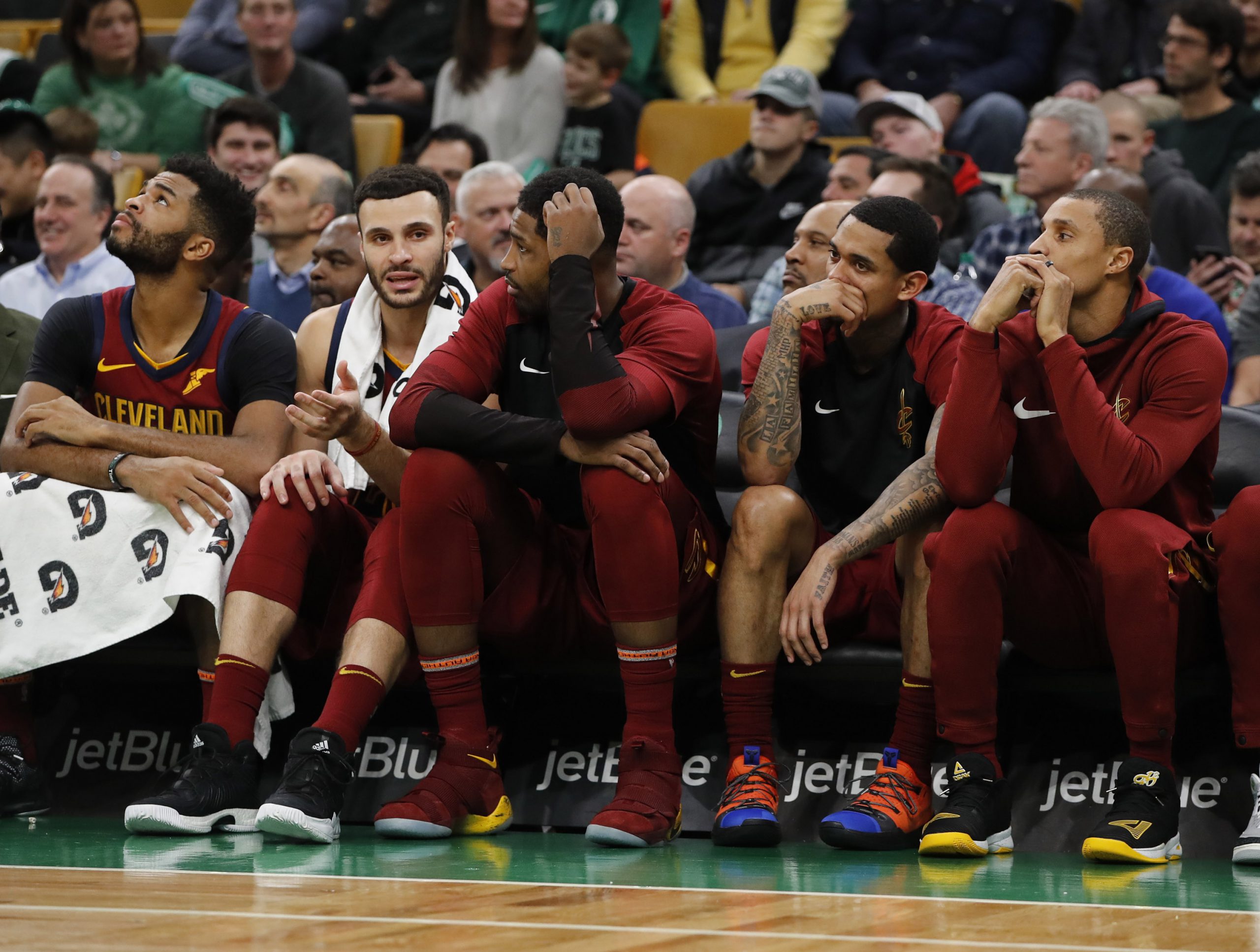 When looking at the numbers for the Cleveland Cavaliers in their 128-95 loss to the Boston Celtics, there are none more important than the ones beside Celtics superstar Kyrie Irving’s name. The former Cavalier finished Friday night’s action with 29 points, four rebounds, four assists and just two turnovers in 27 minutes, shooting 7-11 from the field and 5-7 from three-point range.

Irving was dominant from the outset, scoring 10 points in quick fashion early in the first quarter and never looking back. Cavs rookie point guard Collin Sexton couldn’t keep up with Irving on-the-dribble and he failed to pick him up early enough, as Irving made a number of relatively easy three-pointers shortly after crossing halfcourt. His ability to draw Cleveland’s attention allowed Celtics big men Aron Baynes to finish with 10 points himself while often leaving the Cavaliers’ defense frustrated and confused.

To make matters worse, Jayson Tatum (13 points) and Gordon Hayward (14 points) didn’t face enough defensive pressure and Cleveland’s helpside defense was often a step too slow or too far away to help.

On the other end, the only bright spot for the Cavaliers was the recently acquired Alec Burks, who snaked the defense time and time and again for tough finished. Burks finished Friday’s game with 15 points on 4-11 shooting from the field but his best work came before the game got out of hand. With Sexton and sixth man Jordan Clarkson going a combined 11-32 from the field, continuing to force tough shots rather than move the ball along with second-year forward Cedi Osman going 2-8 from the field, it’s curious that Cavaliers head coach Larry Drew tries so rarely to get shooting guard Rodney Hood going.

Hood, who had 10 points on 3-6 shooting from the field and 1-2 shooting from three-point range, isn’t able to penetrate the lane and create space for shots like the quicker guards. However, he’s one of the team’s best shooters and has shown himself to be a top-notch scorer when he gets the minutes and opportunities to be. More importantly, he moves the ball consistently, rather than head-hunting and over-dribbling to find his own shot.

Cleveland will face the Toronto Raptors, who currently have the top record in the Eastern Conference, on Saturday. Drew will need to coach his team up, and not fall into the trap of being to dependent on isolation scorers, in what will have to be a quick turnaround for the Wine and Gold.