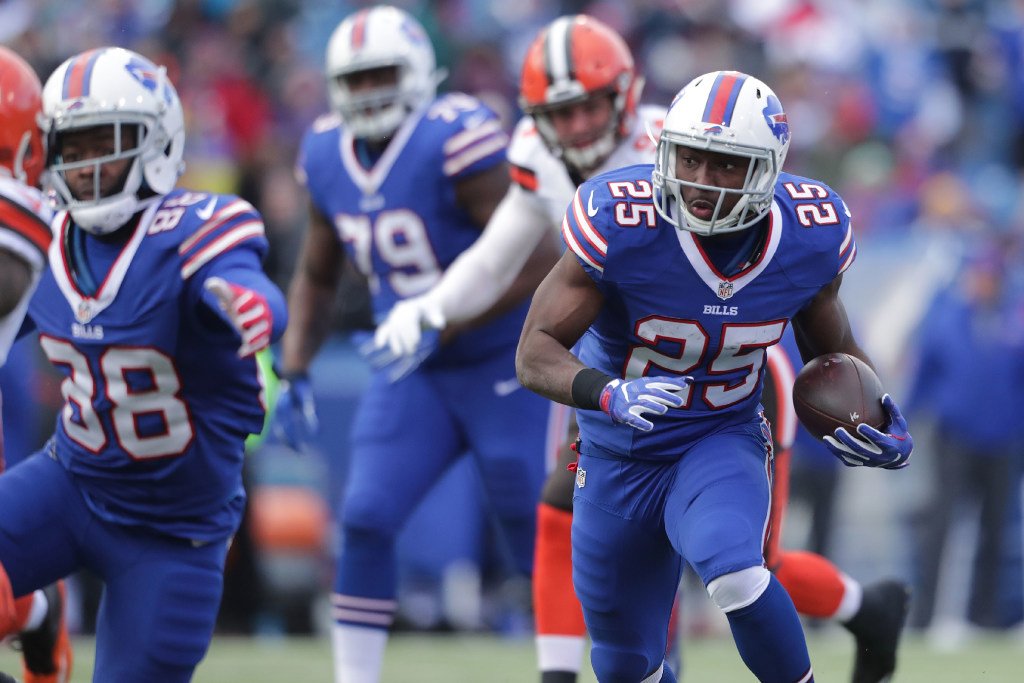 The Cleveland Browns are still winless after 14 games.

The latest team to earn a win at their expense is the Buffalo Bills, who dominated Cleveland 33-13, led by two rushing touchdowns and 153 yards from LeSean McCoy.

Dan Carpenter and Cody Parkey traded field goals to start things out, but it was just about all downhill from there.

Mike Gillislee punched in a three-yard touchdown to give Buffalo a 10-3 lead as time expired in the first quarter.

Tyrod Taylor found Charles Clay for a 19-yard passing touchdown right before halftime and the Browns would have to try to dig out of a 14-point hole.

Robert Griffin III managed to lead the offense down the field and ran for an 18-yard touchdown, cutting it to a one-possession game with 8:58 left in the third.

The very next drive, McCoy scored his first of two touchdowns from three yards out.

Down 24-10, the Browns settled for a 40-yard field goal late in the third and would allow another field goal and Shady McCoy’s second td, this time an eight-yard run.

Griffin completed 17-of-28 passes, throwing for 196 yards and led the team in rushing with 48 yards on eight carries.

If there was any positive, it’s that he didn’t turn the ball over, but still has yet to throw a touchdown pass in his two games back from a shoulder injury.

The Browns return to Cleveland to welcome the San Diego Chargers for a Week 16 showdown on Lake Erie on Christmas Eve, which will be their final home game of the season and last chance to get a win in front of the Dawg Pound in 2016.

The last time the Browns won a game was Dec. 13, 2015 at home against the San Francisco 49ers, with Johnny Manziel under center.