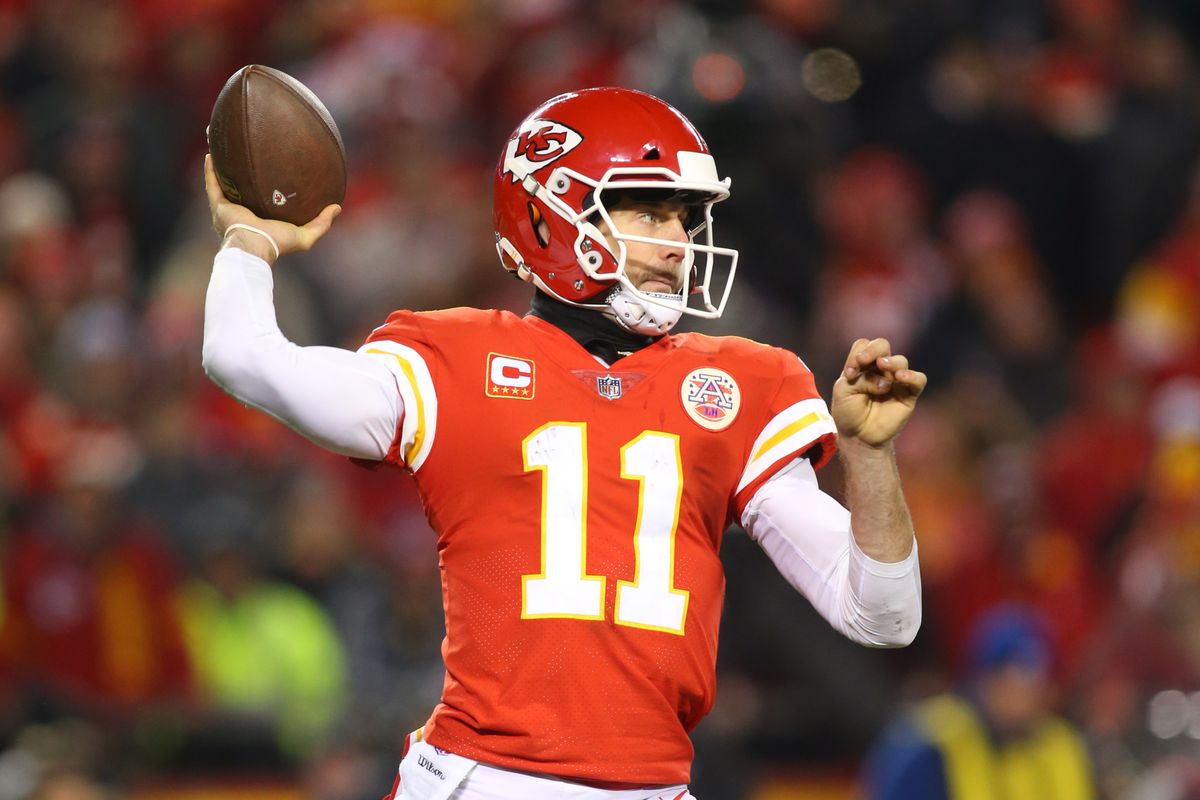 On Tuesday, Alex Smith was interviewed on the Dan Patrick Show from the Super Bowl in Minneapolis. Smith didn’t seem to be thrilled about the idea of coming to Cleveland in a possible trade.

Current Browns GM John Dorsey has a bit of history with Smith. Dorsey served as the GM for the Kansas City Chiefs during the 2013-2016 seasons, which also happens to be around the same time Smith played.

When asked if Smith has even thought about playing for the Cleveland Browns, he said the following:

“I haven’t even thought about that,” Smith said with a laugh. “They’ve got nowhere to go but up. 1-31 over the last 2 years just sounds amazing.”

Patrick asked if Smith would like to go to a contending team:

“You would love to go a place that, if that’s the case, if you’re going somewhere, yeah, you want to go somewhere you have a chance to have success,” he said. “I feel that (way). Wouldn’t you?”

Patrick quickly replied to Smith’s comment with a dig at the Browns:

“I don’t know, look what I’m surrounded by. I basically went to the Cleveland Browns of radio shows.”

Alex Smith still has another year left on his current contract and will be getting $17 million during the 2018 season, including bonuses. Since Smith is still under contract he would not have any control over where he would go in a trade.

“I wish I knew (where I’ll be),” he said. “Listen, I’ve got a year under contract there in Kansas City. I wish I was in control of this thing. I wish I was the one that got to be able to do this. That’s just not the reality.”

If the Chiefs quarterback happened to have control of his destination he would like to stay in Kansas City.

“You need to have a quarterback that knows how to win in the National Football League, but circumstances sometimes dictate otherwise. You just don’t know how things will unfold, but if we had the best of all of the worlds, we would want a guy in there who has won in the National Football League and knows what that looks like and what that position has to play like to have that.”

5 Positives From the Browns 2017 Season
Browns to Target the Defensive Backfield in Free Agency This Offseason?