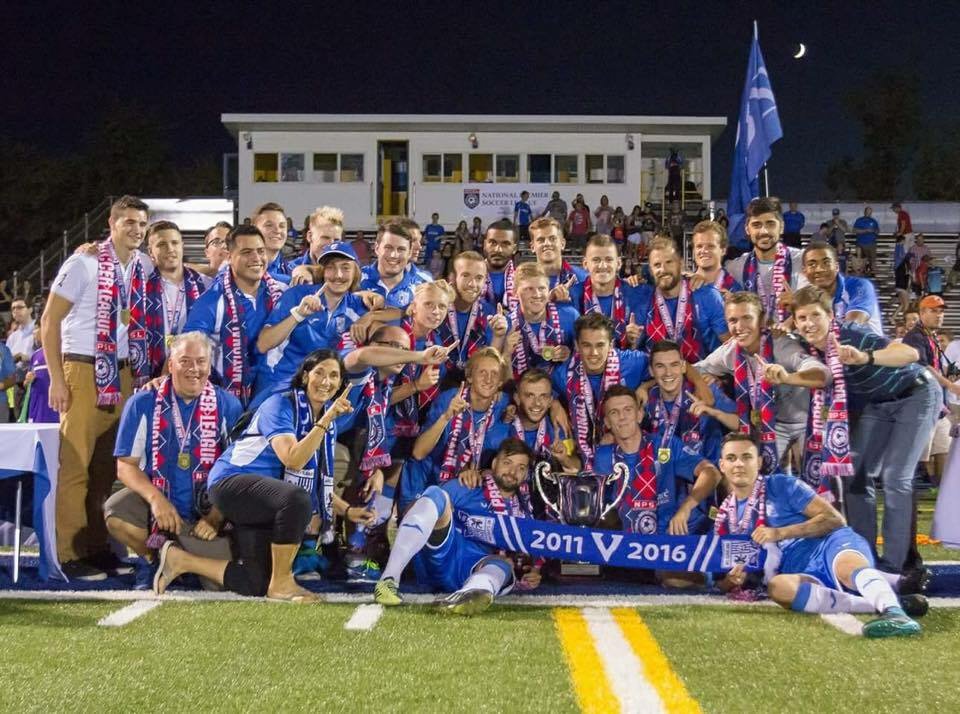 The AFC Cleveland Royals will look to start gaining steam as they travel to Dayton to take on their interstate rival Dynamo.

The Royals opened their league account with a six goal draw a fortnight ago. See all six goals, detailed highlights, and all the #wampus in the stands from the last game by clicking here.

Royal Recap
The 2016 NPSL Champions started on the attacking foot creating chances left and right. It wasn’t until the 25th minute until they got the wheels turning when Chris Cvecko struck 11 minutes from Half. Seconds later the Royals doubled their lead when AFC Cleveland Soccer N’ Smoothies Star Vinny Bell chipped the keeper from just outside the 18 yard box capping off a one sided first half.

Tristan Lyle responded instantly for the Dynamo setting the tone for what we would be a half mostly slanted in the AFC Cleveland defensive third. Tate Robertson then notched another goal leveling the score at 2. As rain began to fall the the tides turned and Cvecko scored again giving Cleveland the attached. The Dynamo weren’t to be denied a share of the points. Tate Robertson completed his brace as the clock wound down under the pouring rain. The final whistle and gone, 3-3 was the final score.

Upcoming Holiday weekend matches
AFC Cleveland is coming off a 5-1 thrashing of Syracuse last weekend. On the other side of the pitch, The Dynamo are coming off their first league win of the season after downing FC Buffalo and the Rochester Lancers on back to back nights. AFC Cleveland returns home for a Memorial Day Weekend bout with the Erie Commodores on Sunday meanwhile Dayton faces Toledo Villa FC and FC Syracuse Saturday and Sunday.

Kevin Oblocki is know by the soccer world as k13lock (pronounced k-block). Kevin's passion for the beautiful game began in 2003 when he discovered Real Madrid vs Manchester United in front of his grandma's TV while on Spring Break and his love for the game never stopped Kevin's main stage is on youtube (youtube.com/k13lock) where he "keeps the ball rolling on this football we call planet Earth". Amongst his content you will find: pick up lines on women, Soccer Sedan (the "cash cab" like trivia show), kit unboxings, matchday vlogs, and more. Don't miss out!