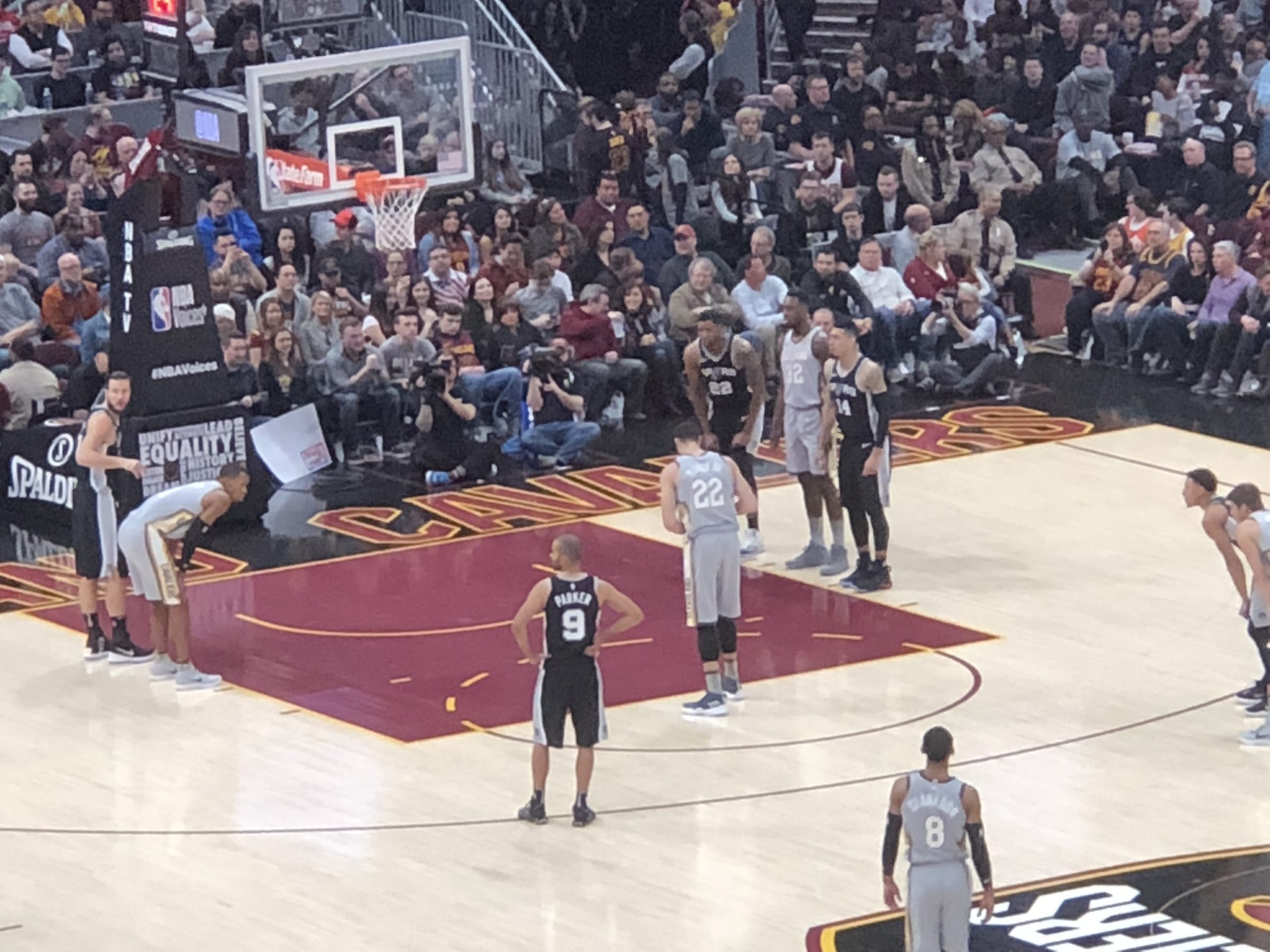 INDEPENDENCE, OHIO– The Cavaliers have had some up-and-down offensive games since the trade deadline, and most people have chalked up their struggles to the team integrating four new players.

After Monday’s practice, Lue said that due to the current limits on their playbook, the Cavs’ opponents are able to anticipate their offense, which mainly consists of zeroing in on LeBron James. To try and mitigate some of that, Lue said he added in “six or seven” new sets at practice on Monday.

“I thought today was a good day, a good teaching day,” Lue said. “I was able to add some more stuff offensively because right now with only two or three practices, we’re predictable offensively and teams are kind of sitting on that and taking advantage of that.”

On Sunday, the Cavs fell to the San Antonio Spurs, 110-94, after a lackluster shooting night, going just 8-of-34 from beyond the 3-point arc. They shot just 41.8 percent from the field overall.

The sets Lue added in Monday all consist of getting the ball into the elbow and choosing an option from that point. The focus of that right now will be LeBron James in the first unit, with Kevin Love getting touches once he returns. In the second unit, Larry Nance Jr. or Jeff Green could both see time at that elbow position.

Rodney Hood was also asked about the predictability of the offense, and also said the newcomers– himself, Jordan Clarkson, Larry Nance Jr. and George Hill– need to defer to James less at times in order to create more options.

Since coming to the Cavs from the Utah Jazz, Hood’s production has suffered. In Utah he was averaging 16.8 points on just over 14 shot attempts per game, while in Cleveland he is averaging 10.6 points on nine attempts. According to Lue, getting Hood more opportunities is a priority as more sets get integrated.

As far as the learning process on his new team, Hood said it is comparable to learning a new language.