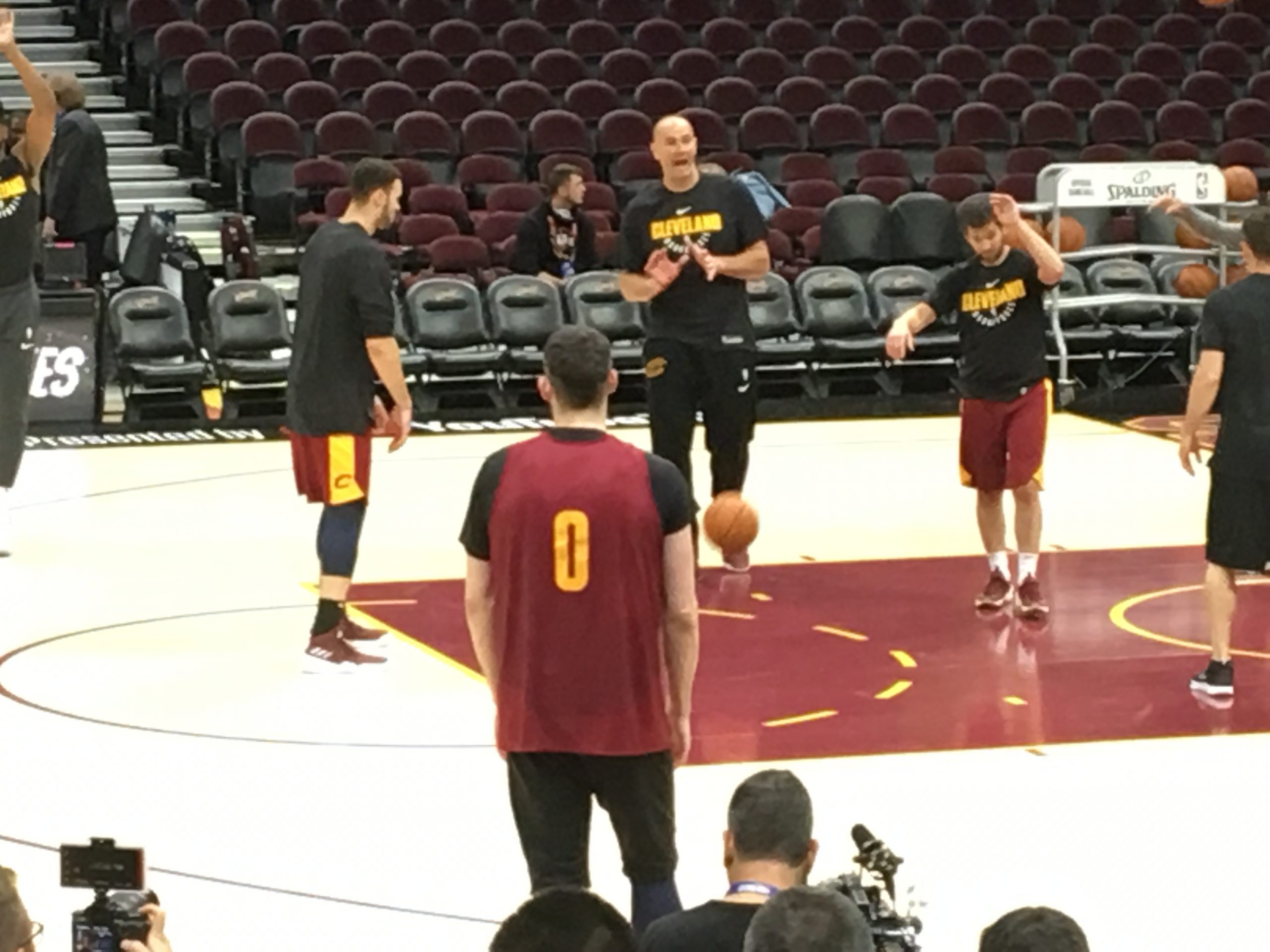 Cavs big man Kevin Love is officially out for Monday’s game at the Q against the Detroit Pistons, this after he took a hard fall during Saturday’s loss to the Dallas Mavericks.

Love was listed as questionable at shootaround earlier today, and during coach Larry Drew’s pregame presser he announced that Love will not play this evening.

It’s a big blow to the Cavs, who are waiting still to get back both Tristian Thompson and Larry Nance Jr. from injury, and now will be without Love.

The Cavs marquee player has played well since the All-Star break, putting up 19.9 points per game on 63 percent shooting with 11.5 rebounds. in 10 games.

Detroit will be missing one of their best players, as forward Blake Griffin will sit out tonight’s game to rest him for the team’s playoff push.

The Pistons are currently 36-33, good for sixth in the NBA’s Eastern Conference.