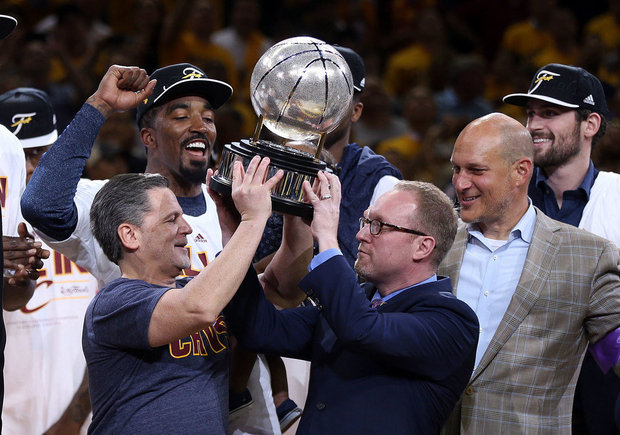 Griffin said “We intend to keep this group together and see what we’re capable of.”

Griffin told the crew, “I do think that you saw the core of our team – it fits together, it’s capable of doing some very special things and I do think we would like to keep it together and I really feel like – and I think I said this to Marc after the game – I think our best basketball is in front of us because we finally organically grew to the point that we were ready to achieve something together. And so I expect that you’re going to see better play from Kyrie Irving, who I think took a huge jump both as an individual talent and as a winner throughout these playoffs. I think Kevin [Love]’s fit with us is much more clearly defined.”

Listen to Griffin’s interview below.