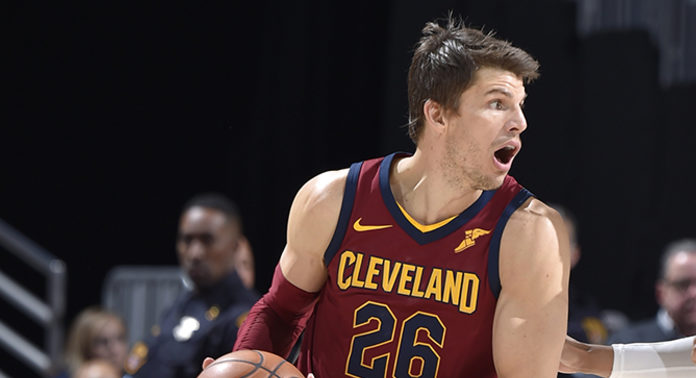 The Cleveland Cavaliers lost six straight games to open up the season first time in 23 years. Go way back to 1995-1996 season.

Losing in tonight’s action against the Indiana Pacers 119-107, It looks like we’ll have to wait for at least another game to try to see a victory for the Wine and Gold. Next up – Atlanta Hawks who beat Cleveland in the home opener last weekend.

In the first quarter, both teams were tied at 30 but going into the second Cleveland was outscored 30-25. That was the closest that the Cavs have gotten since the first.

Cleveland was led by Rodney hood who finished tonight’s game with 17 points. George Hill had 14, and Cedi Osman didn’t score a bucket in the second half had 10.

The stretch came midway through the third quarter, as Indiana pushed the lead to 15 points. The Cavs kept fighting, that was the message for the last couple of games, and the effort was still good, going into the final quarter being down by five. However, the Pacers hot shooting deliver a knockout punch to seal the deal. Indians shot 64 percent on the floor. Only positive for tonight’s game is that Cleveland outrebounded Indiana 39-24.

We can all say Wednesday is a must win for the Cavaliers against the Atlanta Hawks. How many times do we hear that statement? But, they’re still winless. After Tuesday, they will turn their attention to the Denver Nuggets on Nov. 1 who came one game short from making to the playoffs last season. In the stretch, they will travel to Charlotte and Orlando.