Cavs Embark on First Long Road Trip of the Season 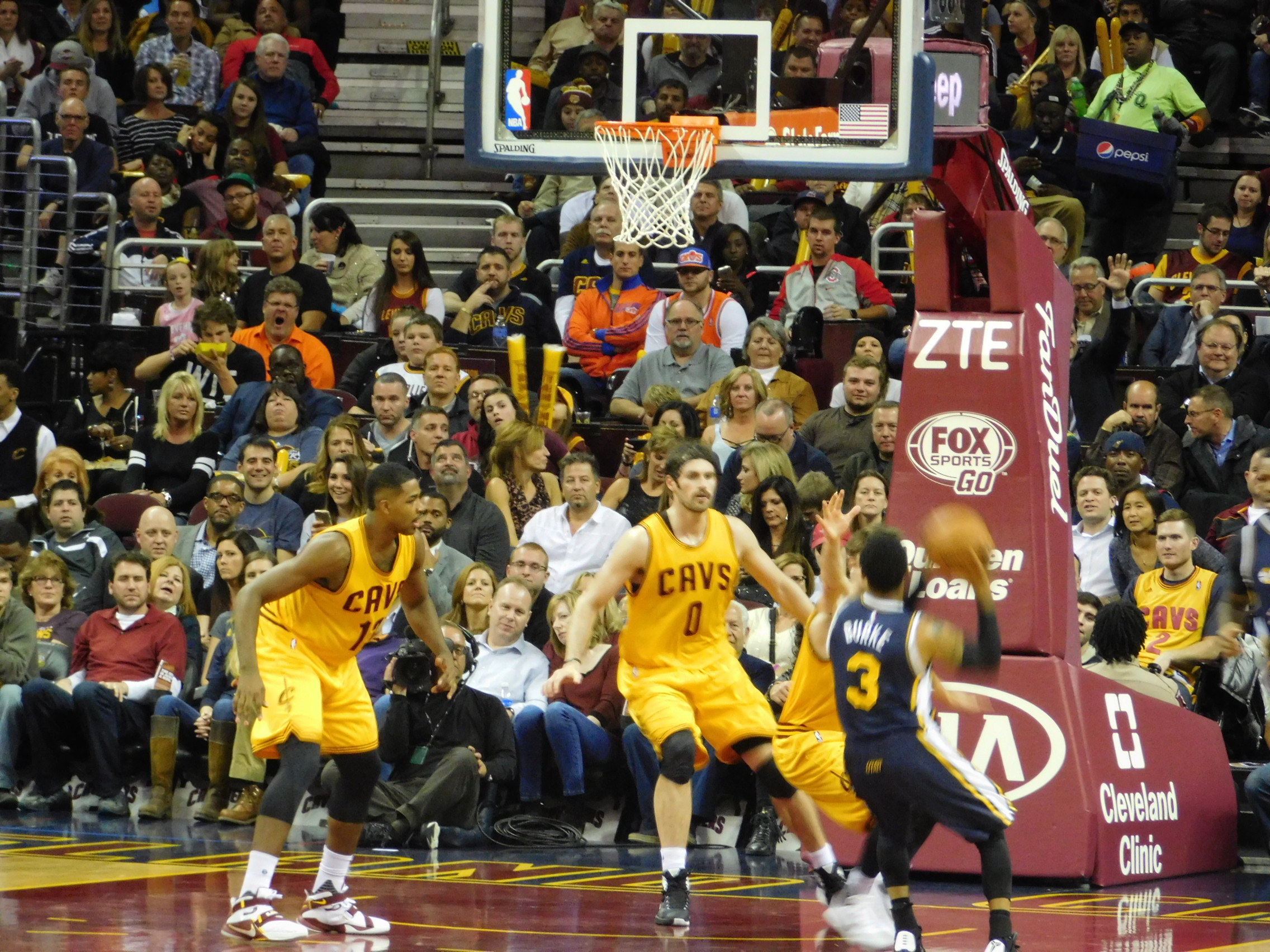 The Cavaliers begin their first long road trip of the season Friday night in New York.

Cleveland is 2-1 on the road this season, with wins at Memphis and Philadelphia, and an opening night loss in Chicago.

The Cavs are 5-0 at home this season, including their last four games played at the Q. They look to extend their seven game win streak on the road.

The Cavs play three games in five days with stops in NYC, Milwaukee, and Detroit, who all figure to be in the mix for playoff seeds in the Eastern Conference.

Here’s all you need to know about the upcoming trip.

Preview: The Knicks (4-5), are getting great production from rookie Kristaps Porzingis, who is averaging 11.6 points and 9 rebounds per game.

Carmelo Anthony is 10th in league in scoring, averaging 22.7 points per game.

The Cavs beat the Knicks 96-86 the first time they played each other in Cleveland.

Preview: The Bucks (4-5), are getting what they paid for from newly acquired power forward Greg Monroe, who is averaging 18 points and 9 rebounds per game.

Point guard Michael Carter-Williams is expected to return to action after missing five games due to an ankle injury.

Preview: The Pistons (5-3), are one of the biggest surprises of the young NBA season.

Center Andre Drummond is leading the way, having a historically great start to the 2015-2016 campaign.

Drummond is averaging 18.8 points and a league leading 19.3 rebounds per game through eight games.

The next closest rebounder in the league is DeAndre Jordan, with 12.6.

The Pistons are also getting outstanding play from point guard Reggie Jackson, who is averaging 22 points per game, and has scored 20 or more points in five of eight games.

The Cavs first game back in Cleveland will take place Thursday night, November 19, against the Bucks.