Cavs Cruise to 93-87 Victory In Denver 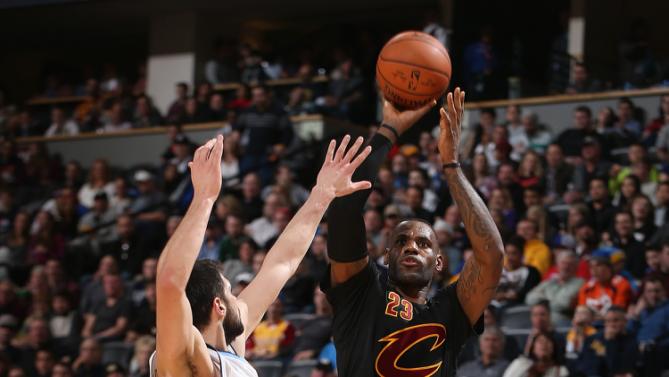 The Cavaliers ended their four-game road-trip on a good note Tuesday night, beating the Nuggets 93-87 in Denver.

It was the second night of a back-to-back, as point guard Kyrie Irving received the night off to rest.

The Cavs played from in front all night and cruised through the first half, leading 53-42 at halftime.

It was a welcome change after three games, in which Cleveland faced some difficulties, losing at Golden State, getting embarrassed in Portland, and barely squeaking out a win at Phoenix.

LeBron James bounced back from a few rough performances, scoring a game-high 34 points en route to the 93-87 victory.

Coming into the game, LeBron had scored just 26 points in the previous two games combined. He turns 31 at midnight Wednesday.

Iman Shumpert had a big night off the bench, scoring 16 points. J.R. Smith scored 11 points against his former team and Kevin Love hauled in 14 rebounds.

The Cavs have three nights off now, as they return home to take on the Orlando Magic Saturday night.