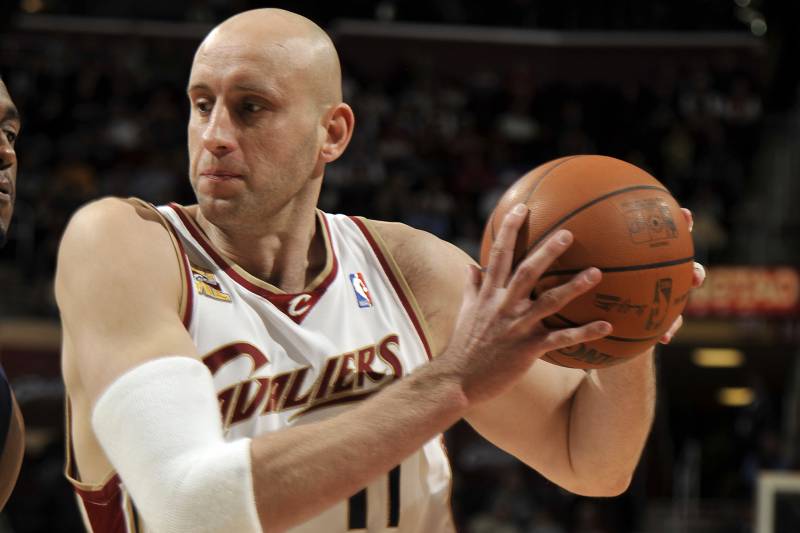 The Cavs announced today that fans have selected two-time NBA All-Star Zydrunas “Z” Ilgauskas as the bobblehead to represent the “Gund Arena” Era of Cavaliers basketball from 1994-2003.

The exclusive bobblehead will feature the beloved Ilgauskas in a retro Cavs uniform. Big Z is the third of five Era Night bobblehead giveaways to be voted on by fans as part of the Cavs 50th Season Celebration and will be given away to all fans in attendance at one of the designated “Gund Arena” Era Nights during the upcoming season.

Ilgauskas, who still ranks in the team’s top 10 in 12 major categories, is also the Cavaliers’ all-time leader in offensive rebounds (2,336) and ranks second in total rebounds (5,904).

When his career with Cleveland came to an end, Ilgauskas had suited up for 771 games as a Cavalier, more than any player in franchise history at the time. In the process, Z became one of the most respected and loved Cavalier players in franchise history, by the fans, his teammates and the entire organization alike. The Cavaliers retired his number (11) on March 8, 2014.