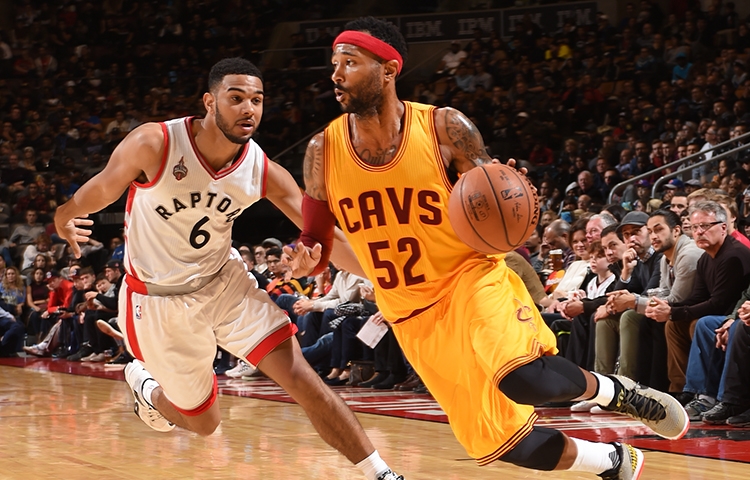 The Cavs lost their sixth straight preseason game 87-81 to the Toronto Raptors Sunday evening, putting their preseason mark at 0-6.

The good news for Cleveland was the return of Kevin Love.

Love made his preseason debut playing 12 minutes and scored six points along with four rebounds.

The Cavs were without Richard Jefferson, who got the night off to rest, and LeBron James who recently received a back injection and will likely sit out tomorrow’s game as well.

The Cavs depleted roster has been an thorn in the side of Coach David Blatt and company all preseason and thankfully there is only one more preseason game remaining.

One encouraging sign from Sunday night’s loss in Toronto was center Timofey Mozgov had an impressive night grabbing 11 rebounds.

The Cavs final preseason game is tomorrow night at 7 PM as the Dallas Mavericks come to Cleveland.