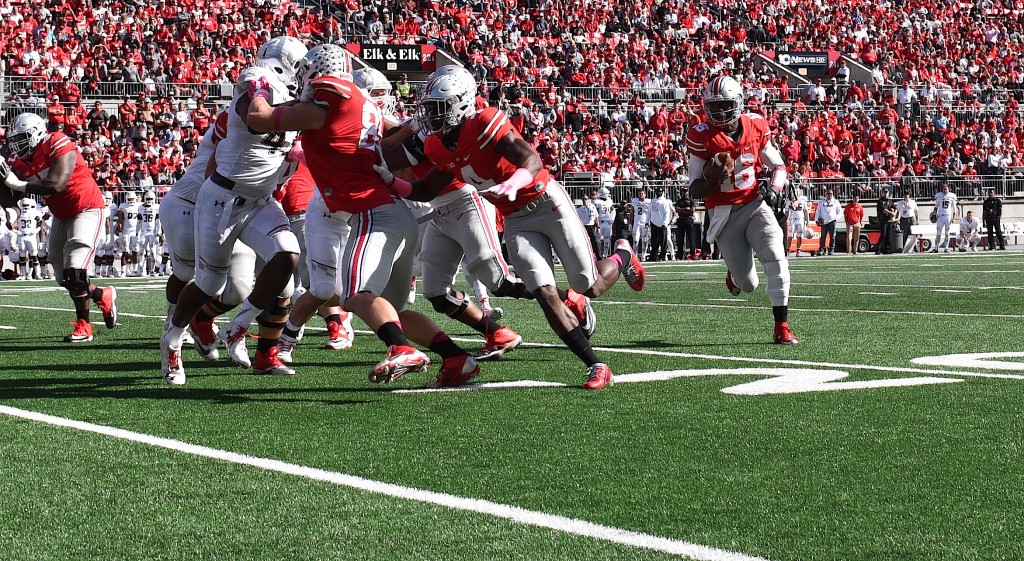 The Buckeyes beat up Rutgers 49-7 on Saturday, and today their quarterback was honored with being named the co-Big Ten Offensive Player of the Week.

It was a big night for Barett, who threw five touchdowns in the blowout win. Overall Barrett was 14-of-18 passes for 223 yards and three touchdowns, while also carrying the ball 13 times for 101 yards and two scores.

Against the Scarlet Knights, Barrett had touchdown passes of 50, 30 and 1 yards while his scoring runs came from 2 and 10 yards out.

It’s not the first time Barrett has gotten the honor, as he was named Big Ten Offensive Player of the Week three times in 2014.

The Buckeyes won’t be back on the field until November 7th when they take on Minnesota at the Horseshoe.