Browns Trail Bears 6-3 At Halftime; Three Takeaways From The First Half 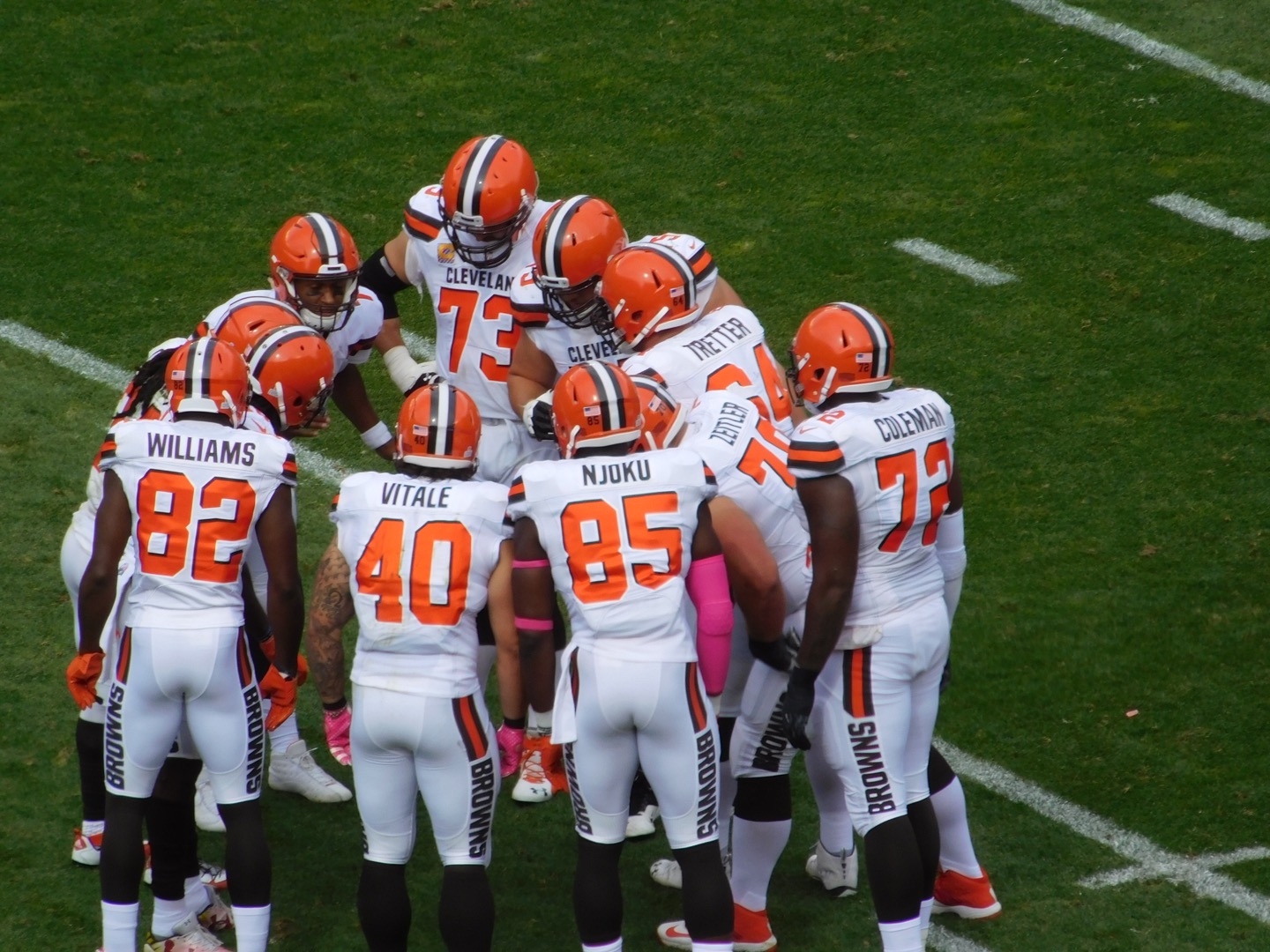 The Cleveland Browns are currently struggling in a Chicago snowstorm against the Bears at halftime, trailing the NFC North foe 6-3 at halftime. The Browns have not been able to find a lot of success on the offensive end and as a result, have a goose egg after two quarters of play. The Bears have done a nice job of sticking to what usually works in the snow: running the football.

Let’s take a look at the takeaways from the first half.

1. Crow Gets His Wish- After some very controversial comments by Browns Head Coach Hue Jackson on his running style and inspiration, running back Isaiah Crowell appears to have received an early Christmas present.

The Crow vocally expressed his displeasure with his coach downplaying his 59-yard run and the lack of carries he has received this season. Today, Jackson sent a message to Crowell and the presumed faith he has in him. The fourth-year running back earned a nice amount of carries on the opening drive and did a good job making the most of his runs. Though he hasn’t had that big run just yet, Crowell has been given the ball enough to have a chance to make something happen.

At the end of the first half, Crowell has twelve carries for forty-four yards. If he can continue to get touches in the second half, something good should come of it.

2. Kizer’s Time As Starter Dwindling- The way the 2017 campaign worked out for Browns rookie quarterback DeShone Kizer is unfortunate. After having an eagerness to learn and filling the fan base with excitement, it seems the Kizer experiment is in its last few weeks.

Though one could feel as if Kizer is getting the short end of the stick, let’s not shy away from the fact that he has had a bunch of lackluster and downright ugly showings this season. Today he has been really bad in snowy conditions when tasked with throwing the football.

Kizer is seven-of-fifteen for fifty yards and has been picked off once. He has looked uncomfortable in the pocket and unsure of his decisions all day. Besides one nice crossing route that he threw to Ricardo Louis to set up a half-ending field goal, it has been a day and quite honestly, a season to forget for one DeShone Kizer.

3. Perfect Defense Weather- It has been a nice day for the Browns defense, who have thrived in the winter wonderland that has amassed Soldier Field.

Besides one Jordan Howard touchdown plunge in a methodical drive by Bears rookie Mitchell Trubisky, the Browns defensive front has shut down Chicago. Cleveland has held the Bears to 112 total yards and has held them on the other side of the fifty-yard line more so in the second quarter.

Gregg Williams has no doubt been a bright spot for the Browns in terms of coaching. After another stellar performance, he deserves a raise.

Browns Inactives For Week 16 Game Against Chicago
A Year After Saying Things Couldn’t Get Much Worse, Hue Jackson Lied To The Cleveland Browns