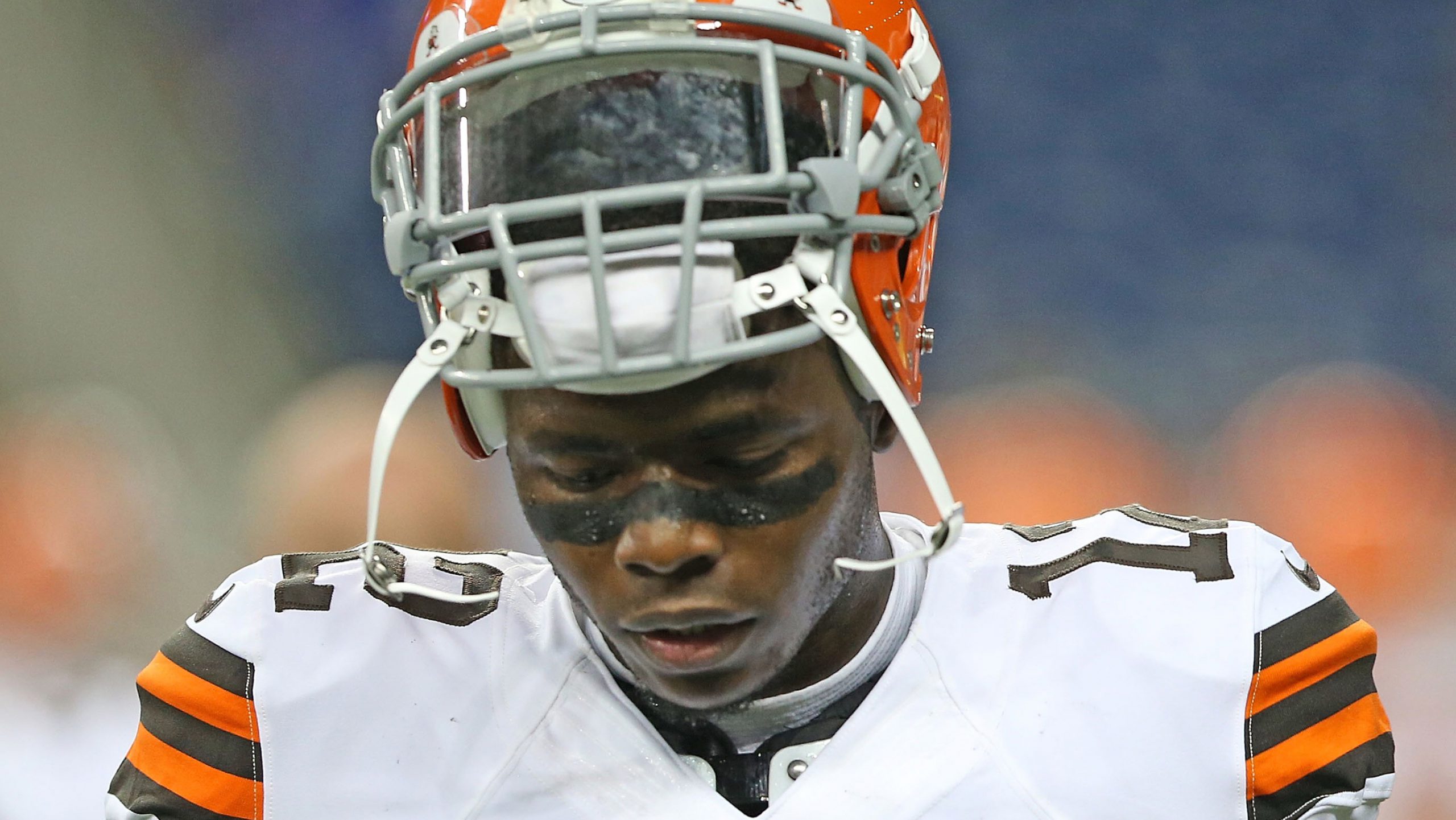 CLEVELAND — The Cleveland Browns spent the last five years waiting patiently for Josh Gordon to get himself right and put his Hall of Fame talent to good use on the football field. On Monday, their patience ran out.

Cleveland shipped the embattled wide receiver to the New England Patriots for a fifth-round pick. The deal includes a condition that if Gordon is inactive for 10 games the Browns have to send a seventh-pick to New England as well. In a corresponding move, the Browns signed veteran wideout Rod Streater to fill Gordon’s vacant roster spot.

Per Adam Schefter of ESPN, the Washington Redskins, Dallas Cowboys and San Francisco 49ers were all in the mix for Gordon as well but it was the Patriots who were able to push a deal across the finish line. Cleveland had reportedly preferred to send the 27-year-old to an NFC team.

The move comes after Gordon showed up late to the team facility on Saturday morning as the team was preparing to depart to New Orleans for Week Two and complained of a hurt hamstring. Gordon had apparently injured himself at a promotional shoot for his clothing line late Friday night. Earlier in the day he left practice without any signs of an injury. According to one report from Cleveland.com, Gordon was apparently acting strange as well, which had some worried he had relapsed.

By Saturday evening, Browns general manager John Dorsey announced that they were preparing to release Gordon on Monday. Dorsey and company changed course after a decent trade market became available for the 2013 Pro Bowler.

And so, Gordon’s tenure in Cleveland comes to an abrupt end after six tumultuous seasons. After being drafted in the supplemental draft in 2012, Gordon showed flashes of the special talent he could be, most notably in 2013 when he was named a Pro Bowler. During that season, Gordon racked up 1,646 yards to lead the league and scored nine touchdowns.

However, since that breakout season, Gordon has missed more than 50 games due to numerous substance abuse suspensions. In turn, he’s appeared in just 11 games over that five-year span. He also arrived late to Browns training camp last month as part of an overall health and wellness plan to ensure he was mentally prepared to return to football.

Upon his arrival, Gordon was made aware that he was on thin ice. The eeriness of Saturday’s situation was apparently the last straw.

In his six years in Cleveland, Gordon hauled in 180 passes, 3,106 yards and 16 touchdowns. In Week One he had one catch that went for a touchdown in the team’s tie with Pittsburgh. Now, he gets a fresh start in New England where he hoped to live up to his immense talent under the strict guidance of head coach Bill Belichick.

Browns part ways with injured kicker Zane Gonazlez, sign Greg Joseph
The Day After; Five Takeaways from the Hue Jackson Presser After the Browns Loss to the Saints