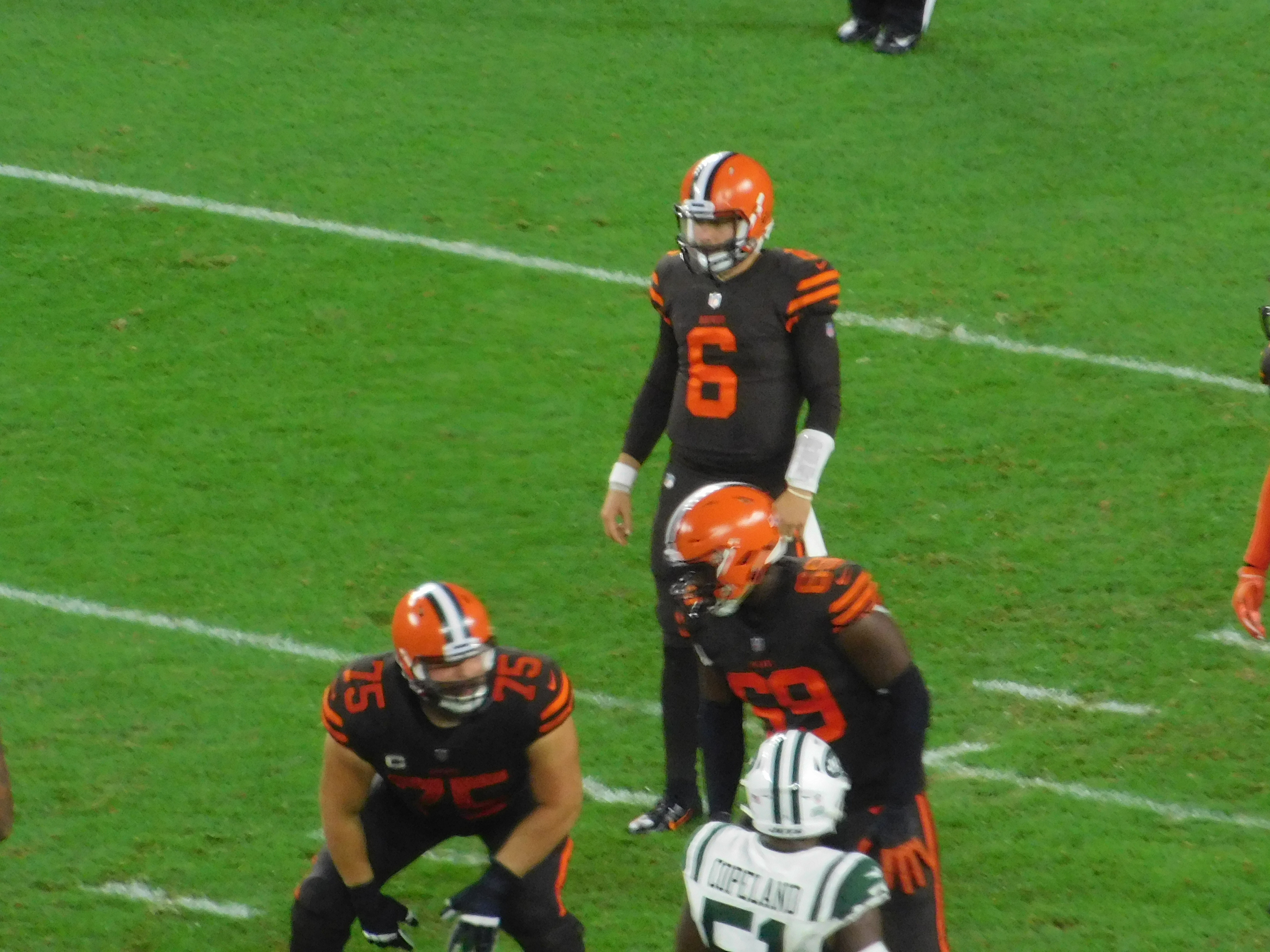 The Browns have a player in the top 10 of Dick’s Sporting Goods’ ‘Jersey Report’ for the week, and it’s probably not too hard to figure out who it is.

Yes, rookie Baker Mayfield is in the report, coming in at number 10 in terms of overall jersey sales for all NFL players.

Mayfield’s popularity might be on the rise as he will get the start Sunday in Oakland against the Raiders after being announced the starter Tuesday by Browns coach Hue Jackson.

The number one jersey on the list is Carson Wentz, the starting QB of the Philadelphia Eagles who made his return to the starting lineup this week after missing the teams’ Super Bowl run with an injury.