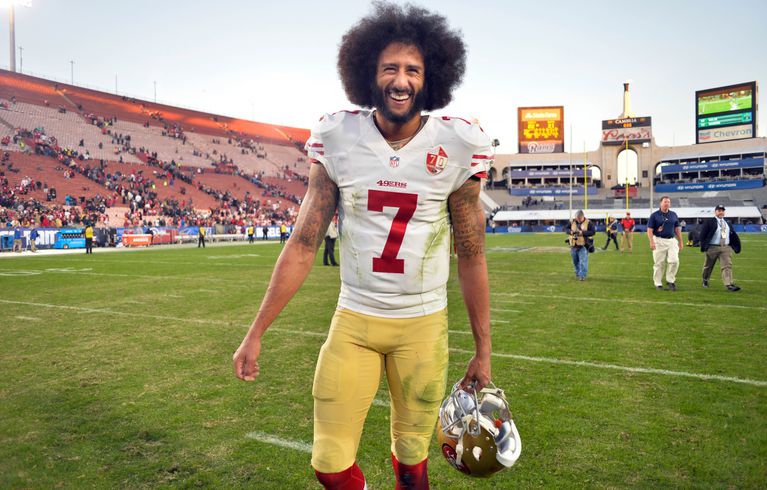 There’s been plenty of opinions shared in the media and even among celebrities about the current unemployed status of free agent quarterback Colin Kaepernick.

The one-time starting Super Bowl quarterback for the 49ers made headlines last season when he decided starting in the preseason not to stand anymore for the national anthem out of protest to show support for people of color who are being oppressed in the United States.

While he found plenty of support during the season, now in the offseason no team really has any interest in the quarterback, and Saturday Browns left tackle Joe Thomas took to twitter to give his two cents on why Kaepernick is still without a job somewhere.

My thoughts re: @Kaepernick7? Teams don't currently view him as a starting QB, and NFL teams accept ZERO distractions from their backup QBs.

There’s been cries of collusion by some as to why Kaepernick isn’t getting more chances to come into a camp, but at the end of the day, Thomas is spot on as usual with teams not wanting to deal with the distraction.

The Browns had their own distraction at the backup QB spot for two seasons, his name was Johnny Manziel, and we all know how that ended.

For Kaepernick, he’ll get a shot somewhere, someday when a quarterback gets hurt more than likely, it just won’t be in Cleveland – and that’s a good thing.