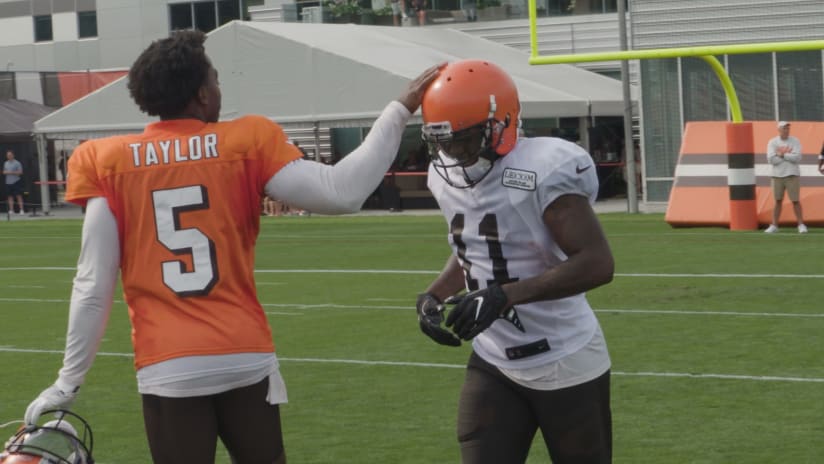 CLEVELAND– The Browns are coming off a strange victory over the Super Bowl Champions Philadelphia Eagles Thursday night. The downside to last night’s preseason game was the injuries the Browns had encountered. During today’s press conference, coach Hue Jackson provided some updates on key injuries.

Quarterback Tyrod Taylor: Dislocated pinky (no longer dislocated) and a bruised hand. Both injuries are on the left hand, Taylor’s non-throwing hand. Taylor will mostly likely not play in the last preseason game, but is expected to start the season opener against the Pittsburgh Steelers.

Cornerback Denzal Ward:  The rookie cornerback out of Ohio State suffered a back injury in last night’s game late in the first quarter after attempting to make a tackle. Ward didn’t play the rest of the game and has been experiencing back spasms. Jackson said he doesn’t anticipate Ward being out for a significant amount of time.

Linebacker Genard Avery: Hip injury. Avery was playing with the first-string defense last night. He shined as he would force a sack-fumble and a couple of solo tackles. In the past two games, Avery has been a play-maker. Even if it isn’t making a tackle or forcing a turnover, Avery often influences plays.  Jackson isn’t ruling him out for the home opener against Pittsburgh.

The Browns travel to Motown to take on the Detroit Lions on Thursday, Aug. 30. Kickoff is at 7:00 p.m. on NFL Network and WEWS.