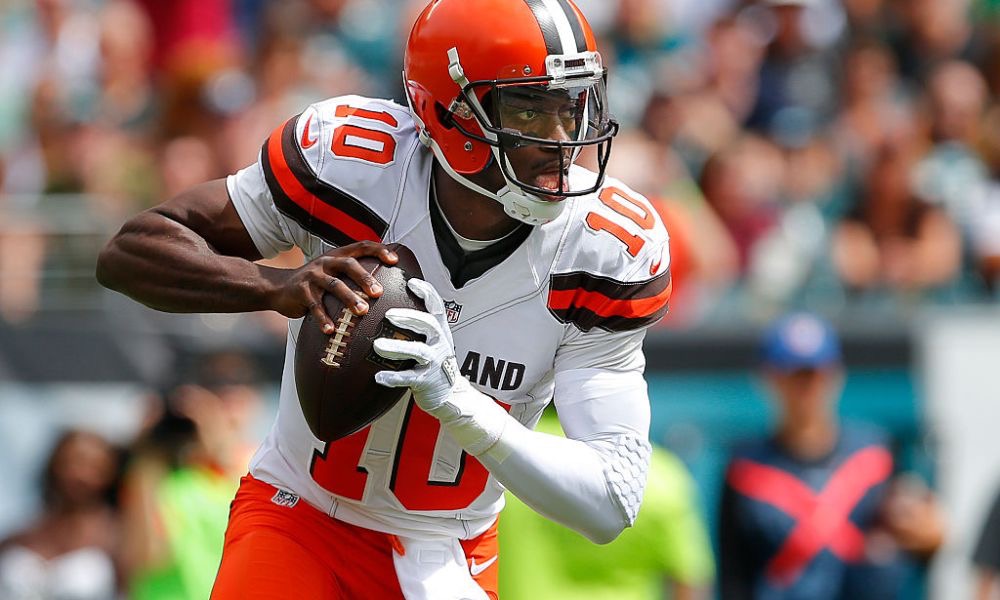 It looks like the Cleveland Browns might be able to use their season starting quarterback before the dreadful 2016 campaign is over.

NFL Network Insider Ian Rapoport noted on NFL GameDay Morning Sunday that unless rookie quarterback Cody Kessler returns from a concussion and plays like he has been, the team will try and start Robert Griffin III at least one more time.

Griffin (shoulder) was placed on injured reserve after a loss to the Philadelphia Eagles and was originally set to return the very next week but the injury was worse that the team thought. He practiced with the Browns before Thanksgiving and could be in line to see playing time sooner rather than later.

The Browns (0-11) are starting veteran Josh McCown against the New York Giants (7-3) today while Kessler recovers from his second concussion. Last week, Browns coach Hue Jackson said he would consider shutting Kessler down if his symptoms didn’t improve, noting that he was more concerned for Kessler’s future than him starting.

The Browns have a large roster bonus due to Griffin on the third day of the 2017 league year. It would be nice to know before that if there is any chance he could be the player who won the NFL’s rookie of the year award just four years ago.

Browns Inactives Against The Giants
Browns shut down in second half again; Fall to Giants 27-13