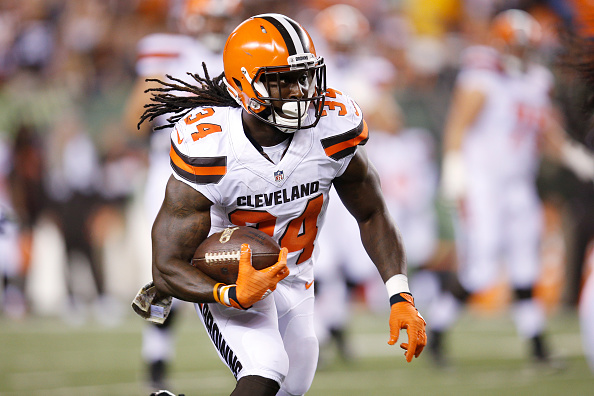 The Browns have been working with Duke Johnson on a new deal, and while that doesn’t mean he will for sure be the teams’ feature back in 2018, the writing all along has been on the wall that the team was moving away from Isaiah Crowell.

Today it became official, as Adam Schefter of ESPN reports that Crowell is going to be inking a deal with the New York Jets, a three-year deal.

Isaiah Crowell intends to sign a 3-year deal with the NY Jets, per source.

In four seasons with the Browns Crowell ran for 3,118 yards and 21 touchdowns. His best season was 2016 when he rushed for 952 yards and eight scores.