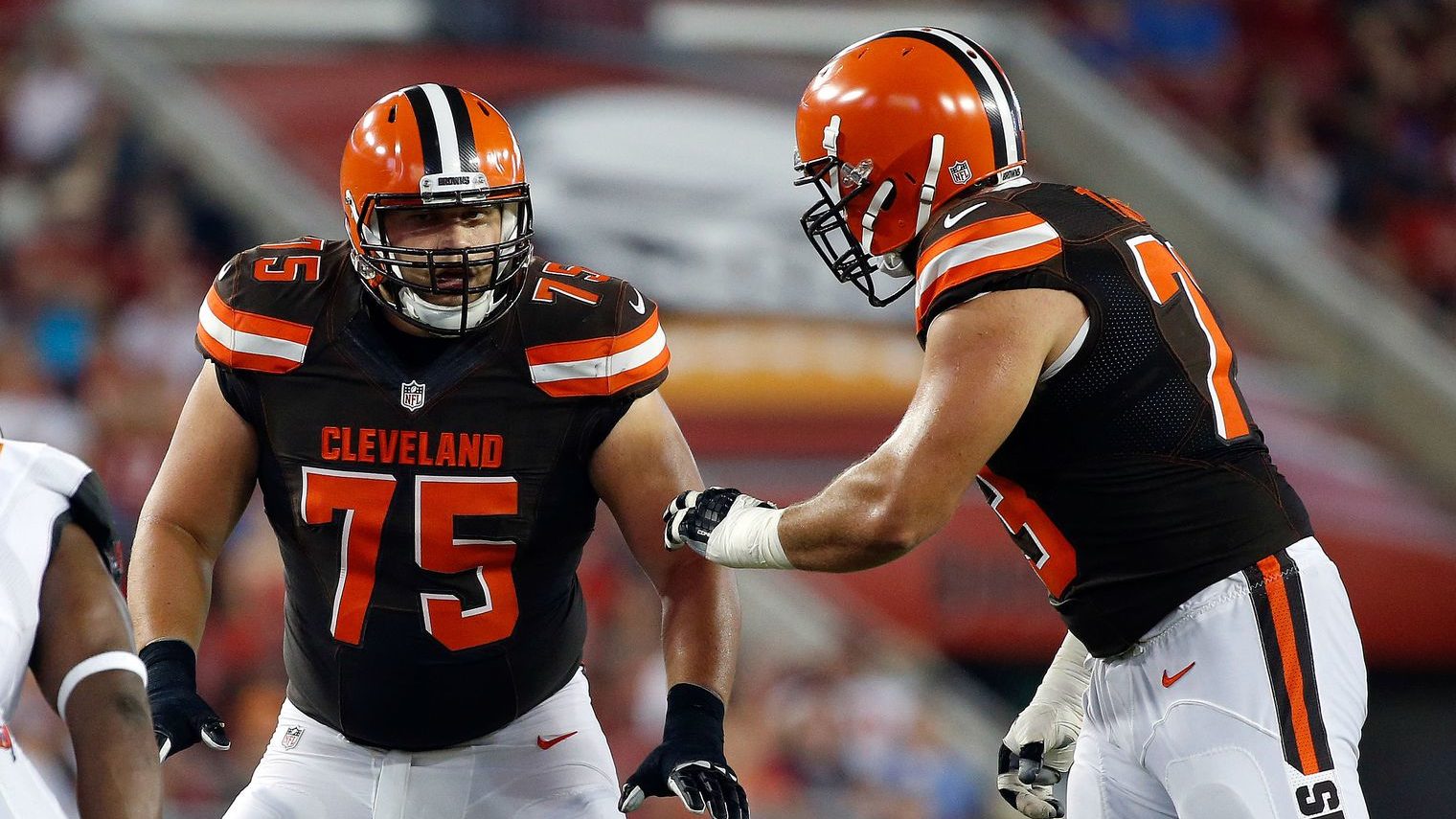 It didn’t seem as though the Cleveland Browns were prepared for future Hall of Famer Joe Thomas. Now, the left tackle position is vacated.

Shon Coleman, who spent time at right tackle and left tackle last season, was expected to take over the left tackle position.

Wednesday head coach Hue Jackson decided that the team should go in a different direction. Pro-Bowler, and First-Team All-Pro Joel Bitonio will be playing left tackle for the time being.

“Maybe our best five right now is putting Joel Bitonio at left tackle and Corbett at guard. Right now I think he gives us the best chance at left tackle,” Jackson said.

Bitonio has been playing left guard since he was drafted by the Browns back in 2014. At least for the preseason, Joel will start at left tackle.

Rookie guard Austin Corbett will play left guard in place of Bitonio. This move came at the realization that the best option for the Browns is Joel at tackle, Austin at guard.

Both Bitonio and Corbett went to college at Nevada. Now, they find themselves alongside each other as part of the starting offensive line for the Cleveland Browns.

Corbett was drafted by the Browns in the second round, 33rd pick of the 2018 NFL Draft.

The Cleveland Browns will head to New York to take on the New York Giants for the preseason game of 2018 on Thursday, August 9th. Kickoff is at 7:00 p.m. on NFL Network.