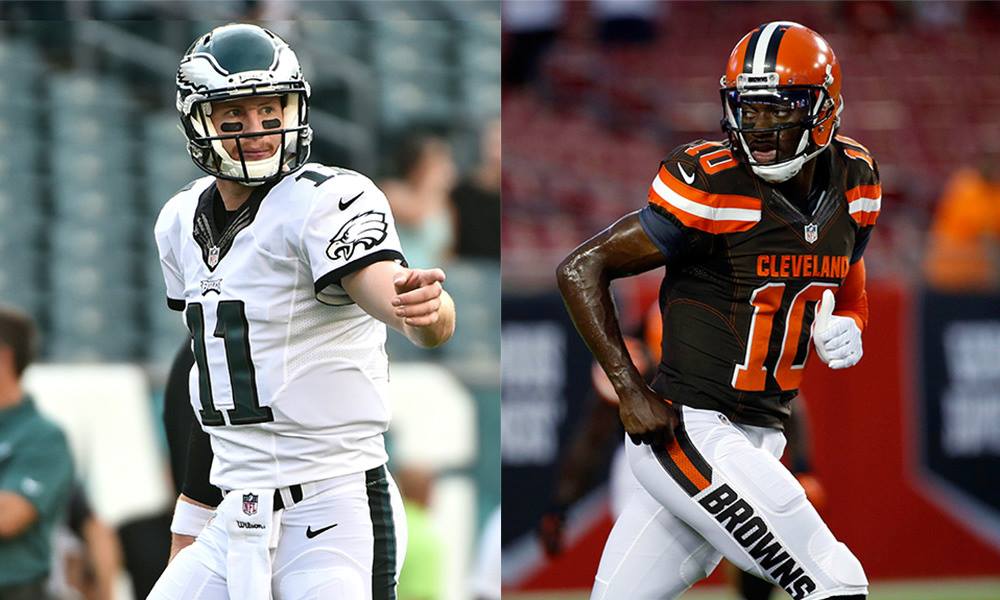 In their first game of the NFL regular season, the Cleveland Browns fell short against the rookie QB Carson Wentz led Philadelphia Eagles with the final score of 29-10.

The game started off rough for the Cleveland defense as Wentz led a 75 yard drive that was capped off with a 19 yard touchdown pass to WR Jordan Matthews to get the early lead 7-0. Wentz looked impressive in his first drive going four for five completions and 47 yards. The Browns defense looked like a young team as there were missed tackles and miscommunication in the first drive.

Robert Griffin III and the Browns offense did the exact opposite of what the Eagles offense did as they couldn’t do anything in the first half. The front four of the Eagles defensive line is highly respected around the league and you could see why as they were putting pressure on RGIII and not letting any of the Browns running backs produce any big gains.

Hue Jackson tried to convert on a 4th and short with a fake punt that the Eagles didn’t fall for at all as they tackled RB Duke Johnson Jr. in the backfield but things started to take a turn in the second quarter. The Eagles went cold quick and it was the Browns that were making plays. RGIII found his new favorite target in Terrelle Pryor for a 44 yard bomb to put the Browns in the redzone which RB Isaiah Crowell ran in the ball for the two yard touchdown to make the score 7-10. The Eagles did add on one more field goal to close the half with the 13-7 lead.

The Browns started off with the ball in the second half and they started off with a great 58 yard completion to the rookie Corey Coleman which was Coleman’s first NFL catch. Some overthrows by RGIII cost the Browns the chance for a touchdown and had to settle for the field goal which made the score 13-10. After that, things took yet another turn but not in the Browns favor. RGIII was overthrowing receivers constantly while getting hit and sacked by that front four of the Eagles defense.

Second year C Cam Erving snapped the ball well over RGIII’s head and the ball went out of the endzone for the safety making the score 15-10. The Eagles were in the driver seat from there. Wentz found the endzone again in the third quarter for the 35 yard strike caught by Nelson Agholor with the score now 22-10. The Browns couldn’t get anything right from that point on.

Later in the fourth quarter, buried in his own territory, RGIII tried to make a play and scramble to get the first down but ended up taking a big hit to his chest. He took a bit to get up and played the next play which they couldn’t convert on 4th and short and turned the ball over on downs. RGIII was on one knee after the play obviously hurting from the last play. That would be the final nail in the coffin for the Browns though as the Eagles completely dominated the second half of the game and ended with more questions for the Browns than answers.

Next week for the Browns is the home opener against the Baltimore Ravens.