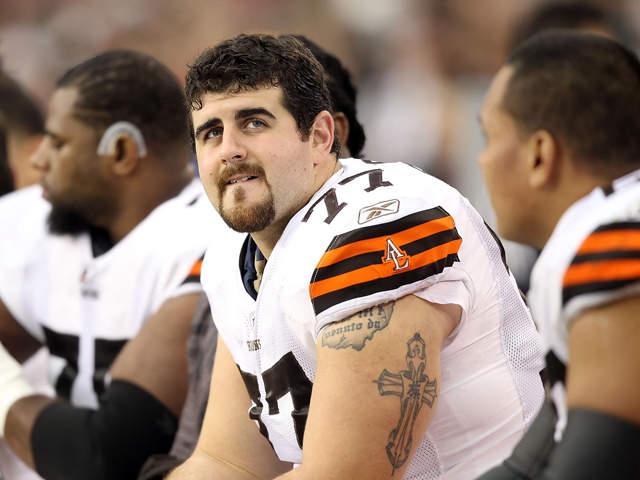 The Cleveland Browns continue to shock people with their decision, whether it be for better or for worse. After cutting cornerback Joe Haden and quarterback Brock Osweiler along with trading offensive lineman Cameron Erving, the Browns have said goodbye to one of their veteran offensive lineman.

John Greco had been a big help to the line wherever he was needed to play. He could assist on the right side of the line and even could play center if need be. The Browns have parted ways with the 32-year-old Greco, who was very loyal to the organization. Greco had played for the Browns since 2011 and became a starter for Cleveland in 2012.

Below is the full list of the other players cut by the Browns today. They have until tomorrow at 4pm to get the roster down to 53 players.