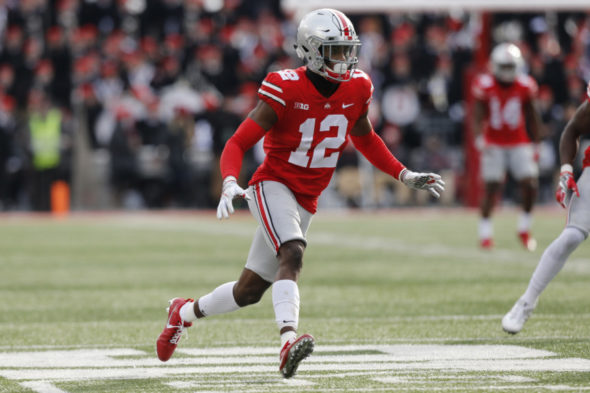 The Cleveland Browns have signed fourth overall pick DB Denzel Ward, a deal that is for four years, fully guaranteed worth $29.16 million.

The deal will include a signing bonus of $19.29 million and a team option for a fifth year. The deal was announced by General Manager John Dorsey during today’s press conference.

Ward is a former Ohio State Buckeye who attended Nordonia High School. With this signing, the Browns will have no rookie holdouts for this season training camp.

The Browns revamped the defensive backs room this offseason with Ward being a big part of it.

The Browns view Ward as a potential top-flight shutdown corner, something the Browns haven’t had since DB Joe Haden 2014. Of course, Haden had been injury plague as his career in Cleveland prolong.

The hope is that Ward will be able to evolve into the game’s top corner.

Browns’ Wide Receiver Ricardo Louis Out for Season
Is Former Cowboys WR Dez Bryant an Option for the Browns in 2018?