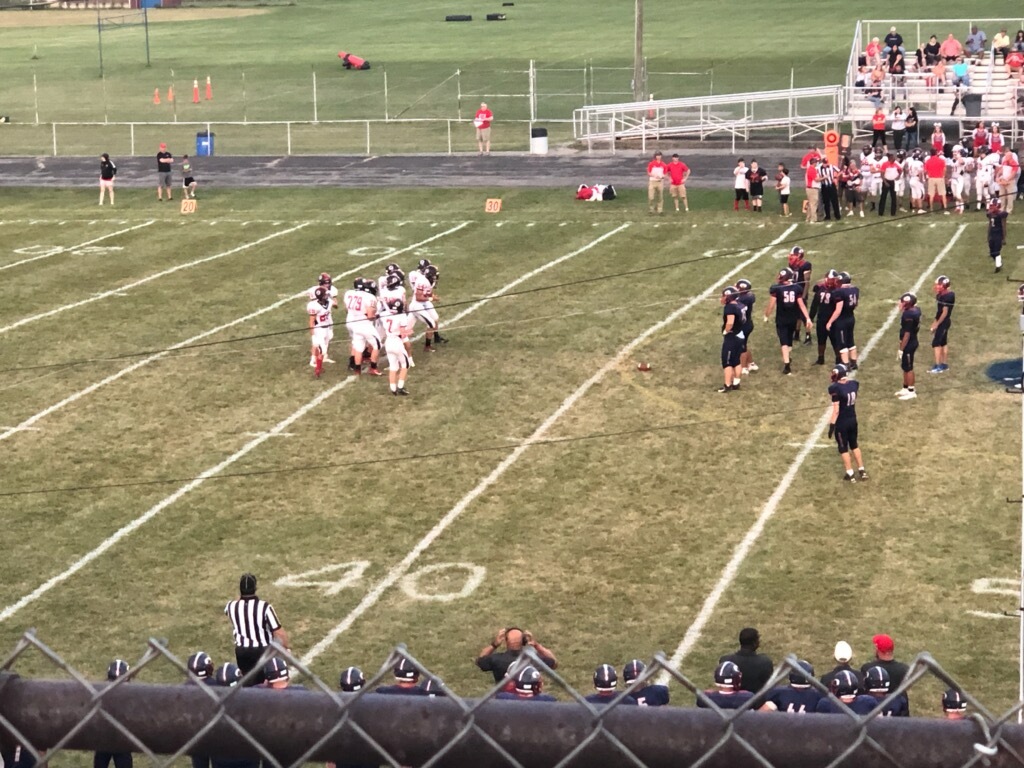 OBERLIN, OHIO – A lot of emotions started off Friday’s matchup between the Oberlin Phoenix and the Brookside Cardinals.

The battle was the last to be played at the current field at Oberlin High School as there will be a new complex built on the current football field.

Next year Oberlin will be playing their home games next year at Oberlin College. As the game started, Brookside attacked very quickly, scoring an early rushing touchdown from Donovan Davis on their opening drive to make it an early 7-0 Brookside lead.

In the first quarter, it was a ground game, as both teams were relying heavily on the run.

As the first half carried on, the heavy run approach was still being enforced, as with 8:25 left in the half, it was once again Davis scoring for Brookside on a rushing touchdown, he fumbled going into the end zone, but Brookside recovered and the score still counted.

With 1:04 left in the half, Jaydon Harris rushed for an 84-yard score to give the Phoenix some momentum going into the second half and putting some pressure on Brookside.

As the half concluded, it was run run run, the half ended with the score being 14-8 with Brookside carrying the lead into half time

Oberlin came out very quickly to score, with once again Harris rushing for another touchdown, this one being 81 yards, with the two-point conversion being intercepted, the score was tied up at 14 apiece.

That run set him up with six carries for 179 yards. The pace of the game slowed down though was we played through the third quarter, as both teams made adjustments in the locker room at half time.

With 11:51 left in the fourth again for Brookside, Davis rushed for another goal line score to make the score 20-14.

As Brookside got the ball back, running nearly four minutes off the clock, it was once again Davis rushing for a 10-yard touchdown with 3:53 left in the game, making the score 26-14.

You felt the vibe in the air, as you knew that was the dagger to Oberlin’s heart. But Oberlin didn’t go down without a fight, on a 4th-and-9 play Harris let go a 20-yard pass to receiver Aaron Hopkins to keep themselves alive.

With 1:34 left in the game Azarie Hairston scored a rushing touchdown, but after the two-point conversion was no good, it was 26-20 with Brookside still holding on to the lead.

There was tension in the air awaiting the obvious onside kick attempt, but the Brookside Cardinals recovered the onside kick.

With time running down, Brookside just ran out the clock, but with another turn of events, the final kneel down left Brookside with a 4th down, Davis rushed backwards but Oberlin’s defense stopped him with 0:03 left.

As they had one last play left Hairston tried to get something going and almost did, running back and forth, dodging multiple defenders, stiff arming one, juking many others, but ran out of room as time ran off the clock.

All players involved in this game should be very proud of themselves for a great performance. The final score was Brookside 26, Oberlin 20.