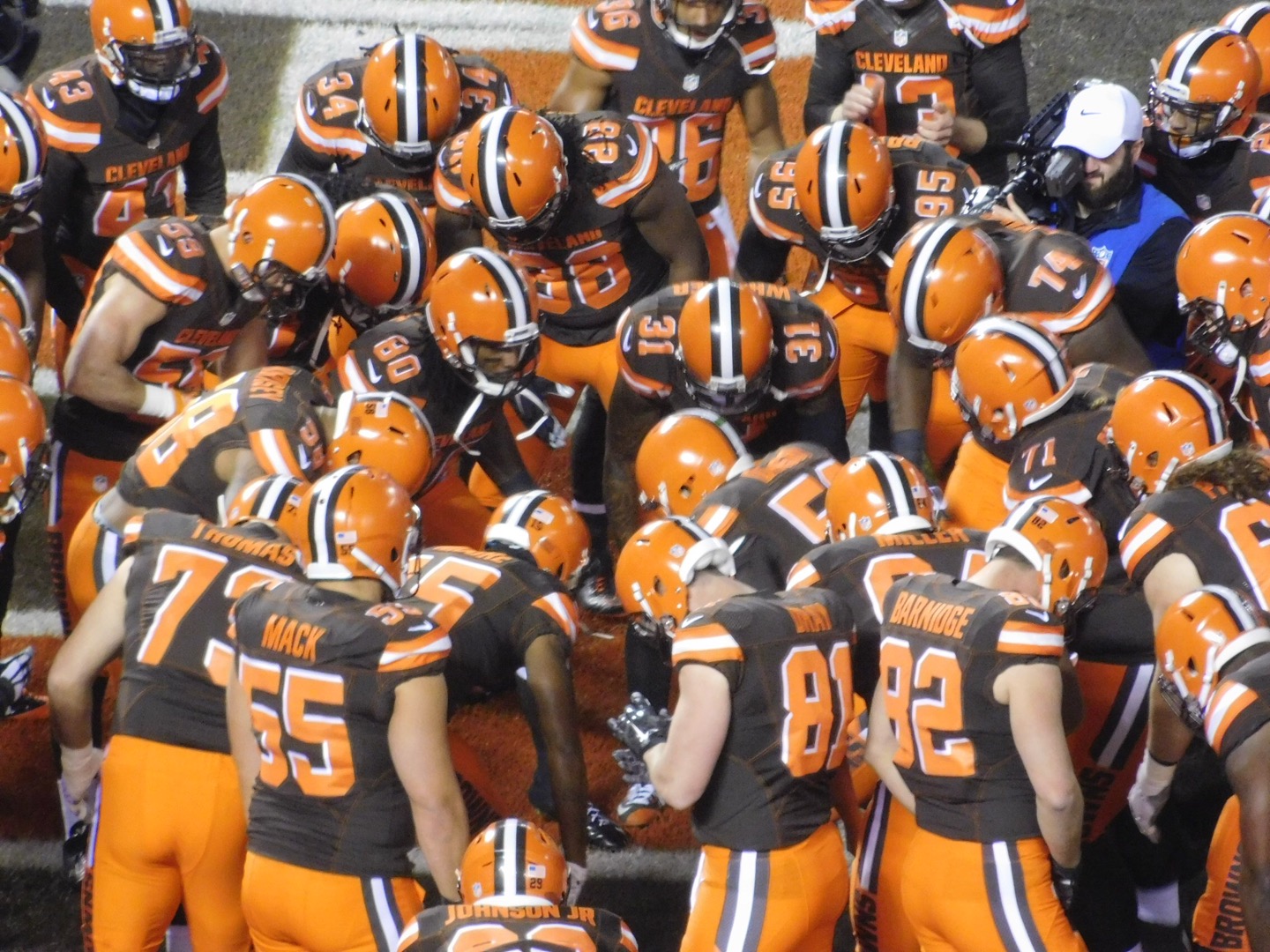 The Browns have another black eye today as Scott Taylor from WOIO 19 in Cleveland reports that Browns OLB Armonty Bryant and DB De’Ante Saunders were both arrested Friday morning just after 2AM near I-71 and Brookpark.

Taylor reports that Saunders was arrested for OVI and speeding, while the reason for Bryant’s arrest has yet to be released. There was both a gun and Adderall found in the car at the time of the arrest.

Both players were picked up by a friend following the arrest.

Bryant has 5.5 sacks this season to go along with 28 tackles. Saunders is currently on the Browns practice squad.

Taylor got word from Browns GM Ray Farmer that Bryant will be inactive tomorrow when the Browns play in Kansas City against the Chiefs. It’s the third incident for Bryant since 2012. He also has been caught selling marijuana and had a DUI charge back in 2013.

Here’s a portion of the statement from Farmer given to Taylor:

These are charges that we take very seriously. The importance of responsible decision-making is something we continually stress to all members of our organization, which makes it extremely disappointing that these two individuals would put themselves in this situation by making such poor decisions. Armonty will be inactive on Sunday for our game against the Chiefs and will not travel with the team to Kansas City so he can tend to this personal legal matter. In addition to being a pending legal matter, this incident is subject to the NFL personal conduct policy.