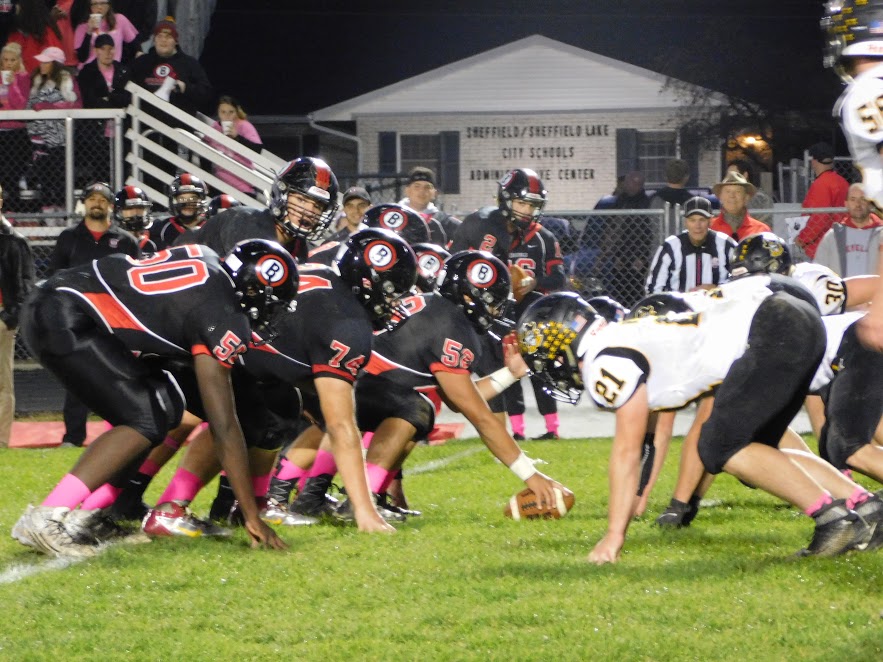 This High School Football Review is brought to you by the Learned Owl Bookstore in Hudson, Ohio.

Both teams entered this game looking for their first Patriot Athletic Conference Stars Division win, both teams with an 0-2 record.

In the second, Brookside would come back with a TD of their own to start the quarter and cut the Pirate lead again to 4, thanks to a 1-yard hard-nosed run from Tim Ackerman.  Black River would then retaliate with a crushing 59-yard TD run from the speedy Riley Gibbs. After that, the Pirates would score 3 more unanswered touchdowns, one thanks to a high punt snap from Brookside in their own third of the field.  Those TD’s would come courtesy of Cory Bartolic, Jacob Campbell on the ground, along with a 33-yard pass from Mike Hazlett to Zack Beard.  The score at the half would be Black River 41, Brookside 10.

As for the 3rd quarter, thanks to two more turnovers from the Cardinals, the Pirates would score two more times with TD runs coming from Campbell and Gibbs.  The 3rd quarter would end with a score of Black River 54, Brookside 10.

That meant the reserves would get some playing time.  Justin Zacharyasz would score for the pirastes again on a 30-yard run to put the Pirates up 60-10.  However, Brookside would have one more score in them before the end of regulation with a 2-yard QB sneak run up the middle to put the final score to 60-17 Black River Pirates over the Brookside Cardinals.