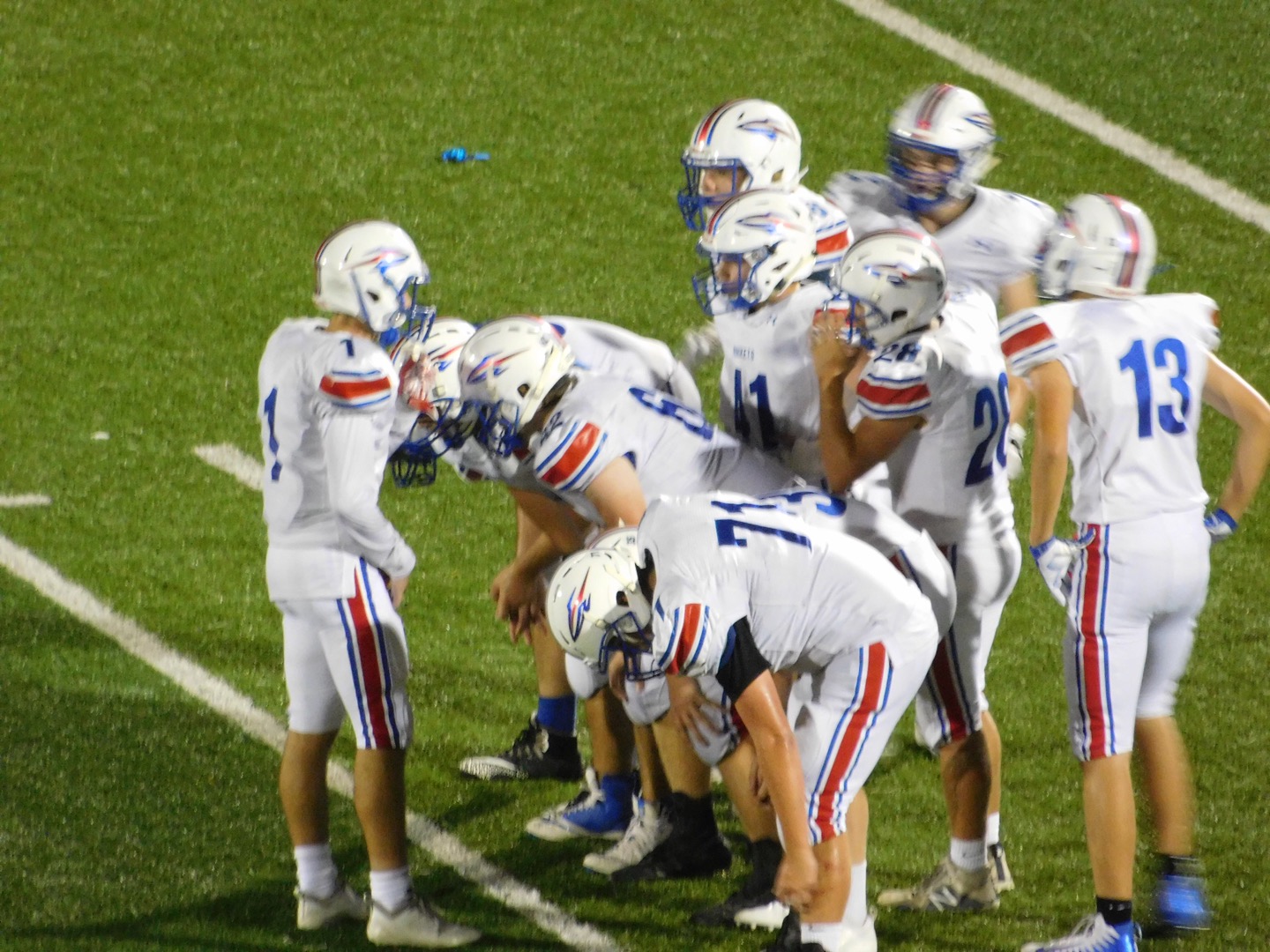 PARMA, OHIO – The Bay Rockets spoiled the senior night of the Normandy Invaders Thursday night, defeating Normandy 42-6. The Rockets improve their record to 7-0 on the season, and stretch their regular season win streak to 23 games.

The Rockets came into this ball game holding opponent to just under 13 points per game, and they continued their stellar play on the defensive side of the ball, as they held the Invaders to only 6 points.

“They did their jobs, they played well. I thought we did a nice job against the run and the pass.” Said Bay Head Coach Ron Rutt. “We got a couple turnovers which is always huge. The defense scored two touchdowns so anytime that’s happening you’re in really good shape.”

Bay Quarterback Logan LaMere only completed four out of 12 passes. Despite his struggles to find consistency through the air, LaMere threw for 3 touchdowns. Including touchdown passes to Joe Galati for 14 yards, Francis Sherman for 4 yards and Max Showalter for 50 yards.

Bay came into the game looking to run the ball against the Invader defense, and that is exactly what they did. The Rockets were able to accumulate 159 yards on the ground.

“We feel each and every week we have a good game plan as far as what we can do on the ground.” Rutt said on his running game. “It just comes down to execution every week no matter who the opponent is and our guys did a great job of that tonight.”

The Rockets achieved a running clock with 9:41 in the third quarter via a 50-yard touchdown pass from LaMere to Showalter putting Bay up 35-0.

Connor Shell struggled early in the game but was able to turn it around after the first quarter. Shell, a starter on both offense and defense, was able to shake off a first quarter fumble and find the endzone with 3:16 left in the first half with a 3-yard plunge.

Bay was able to secure a huge 28-0 lead going into halftime thanks to a touchdown pass from LaMere to Sherman with just 33 seconds to in the second quarter.

Normandy was able to avoid the shutout thanks to a late touchdown in the fourth quarter. Neno Czerwinski ran in a touchdown from one yard out.

Bay moves to 7-0 on the season and will play Elyria Catholic in their next game. Normandy falls to 3-4 and will travel to Rocky River in their next contest.