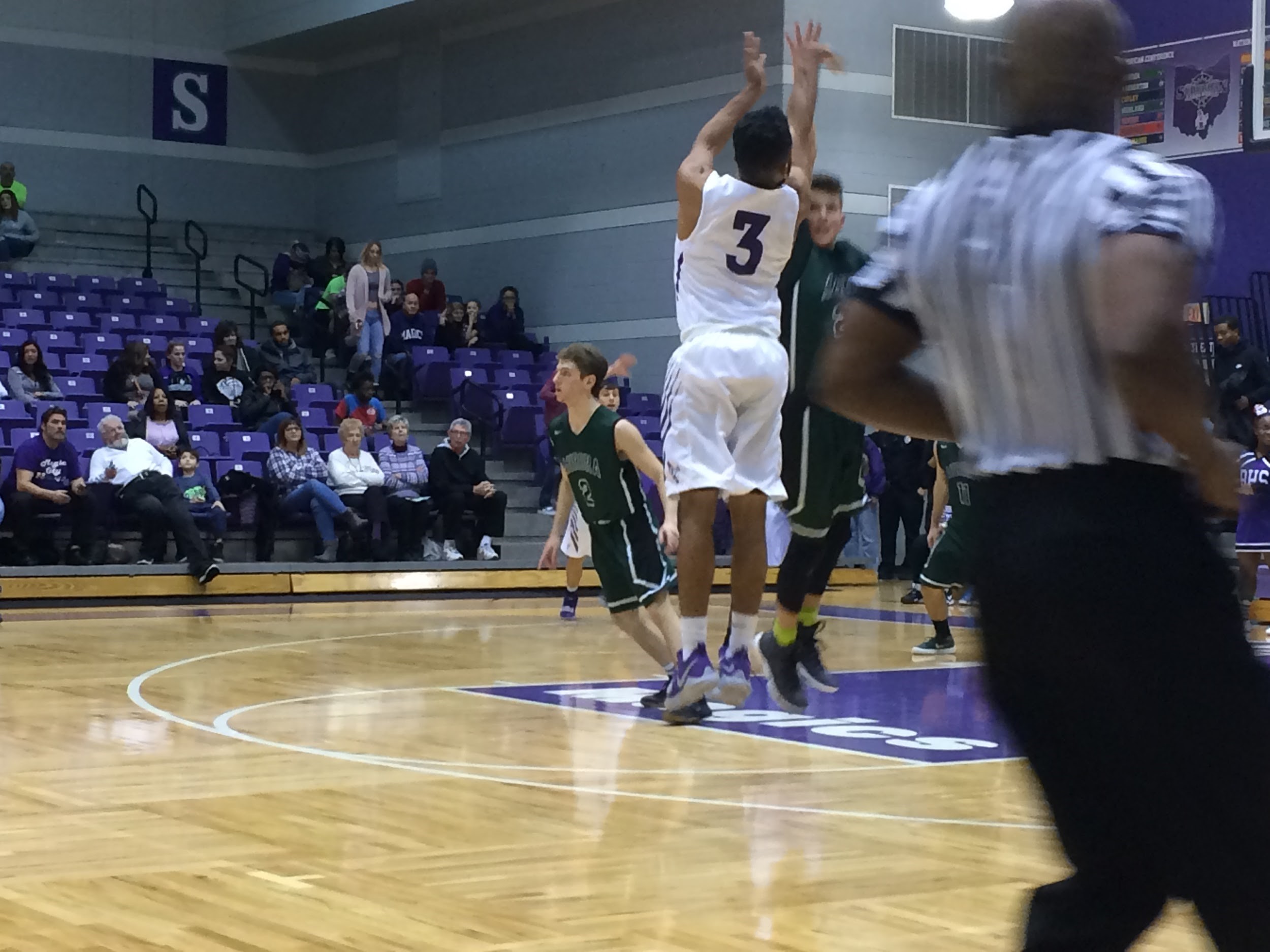 BARBERTON, OHIO – The Barberton boys basketball team played Aurora on Tuesday night, entering the game with a 2-4 record after the loss to Copley a week ago.

The Magics took care of business, beating the Greemen in runaway fashion 85-64 to push their mark one game below .500 at 3-4 on the season.

Barberton was led by senior Jordan Greynolds who scored 22 points on the night, however he was not the only player to score in double digest.

Junior Jordan Soyars scored 20 points while senior Juan Franklin scored 13 for the Magics. With all these points being put up by the Magics players it was hard for Aurora to keep the game close.

The leading scorers for Aurora were Cade Huffman who scored 13 points and James Robison who had 21 points.

Aurora coach T.J. Henderson commented on what he took away from the loss.

“Some things didn’t go our way and we sort of backed down a little bit and the effort lacked at times.”

Midview cruises past Avon in SWC play
Video: Tim Alcorn of WEOL and Shaun Bennett of the Chronicle-Telegram On the Latest in High School Wrestling