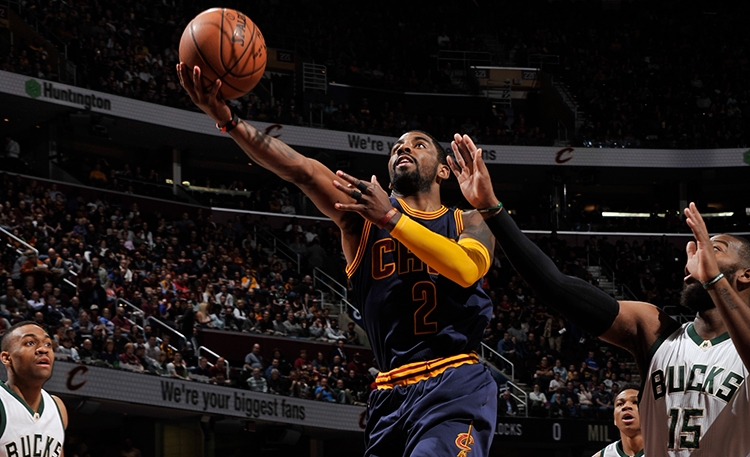 The Cavs welcomed the Milwaukee Bucks to town Wednesday night.

The Bucks put up a fight, but Cleveland was in control all night, thanks to a balanced attack to lead the way to the 113-104 victory.

Cleveland started off somewhat sloppy, making careless passes, but somehow turned them into scoring plays, jumping out to a 35-25 lead by the end of the first quarter, despite not playing as crisp as Head Coach Tyronn Lue would have liked.

Kevin Love returned to action after missing Monday’s game due to illness, and appeared to be feeling just fine from the start, scoring nine points in the first quarter. 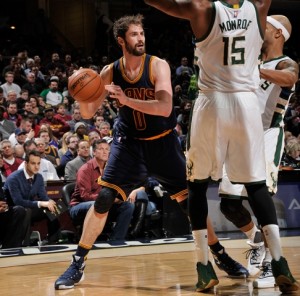 Kyrie Irving began to heat up in the second quarter, scoring ten points in the quarter, and it was nice to see all three members of the Big Trio in double figures by halftime.

Milwaukee kept it interesting, tying it up at 61 with 28 seconds left in the half, but Tristan Thompson tipped in a missed three-point attempt from LeBron James to make it 63-61 in favor of Cleveland at the break.

Milwaukee took the lead early in the third quarter, but LeBron and Love each hit a pair of threes to get the Cavs back on top after both times Milwaukee took short-lived leads.

Love would hit another triple to give the Cavs a little more breathing room, but the Bucks would not go away. 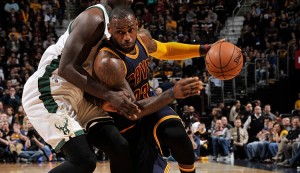 LeBron made sure to let it be known emphatically that the Cavs were not going to let Milwaukee gain momentum:

LeBron scored ten points in the third quarter, but a late run by Milwaukee cut it to a four-point game heading into the fourth quarter.

Cleveland came out hot to start the fourth, building the lead back up to ten with nine minutes to play. 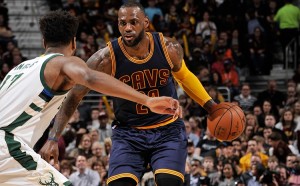 Milwaukee got it back down to a six-point game with 6:30 remaining, prompting the Cavs to take a timeout.

Milwaukee kept it interesting, and answered back with a 5-0 run of their own.

Cleveland’s defense clamped down in the closing minutes and J.R. Smith knocked down a trademark dagger from the corner for three to make it 111-102 with 20 seconds left. 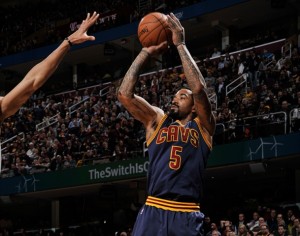 Love finished with 24 points and ten rebounds, an impressive way to bounce back after missing Monday.

Irving had a solid game on his birthday, scoring 16 points, grabbing eight rebounds, and dishing out eight assists. All but two of his points came in the first half, but it was a refreshing sight to see his assists up compared to normal.

Thompson quietly put up a double-double under the radar with 11 points and ten rebounds.

For the Bucks, Giannis Antetokounmpo was the high man with 24 points, but the balanced scoring of Milwaukee couldn’t keep up with the Cavs.

The Cavs are back in action tomorrow night in Brooklyn against the Nets and with just 11 games remaining, it won’t be a surprise to see a star player or two get the night off in the second game of a back-to-back.