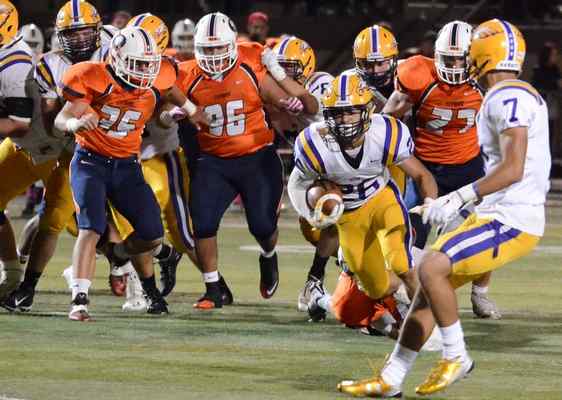 The long regular season road comes to an end this weekend and there is still plenty at stake for some local area schools and that includes the Avon Eagles who at 9-0 seek to repeat an undefeated regular season.

This could be a nice opportunity for Avon as Berea-Midpark has a 0-4 record at home.

Victory was within reach two weeks ago, but Berea-Midpark ultimately lost 28 – 24 to Avon Lake. As for Avon, even if it wasn’t a dominant performance, it beat North Ridgeville 19 – 14 two weeks ago.

The Eagles train just keeps rolling. With a top ranking in OHSAA state Division II Region VI, Avon is looking to achieve much more than running the table on another regular season.

They have been on a mission since week 1 in Florida against a very good opponent in Merritt Island, and haven’t looked back.

Anything short of a state title would be a major disappointment this year, but taking Berea-Midpark lightly as they did North Ridgeville could prove to be more than just a minor setback.

The last time they met, Avon was the decided 42 – 7 victor. Can Berea-Midpark avoid another defeat? Can they slow down the Avon freight train and secure a 5-5 record themselves? We’ll see on Friday night.