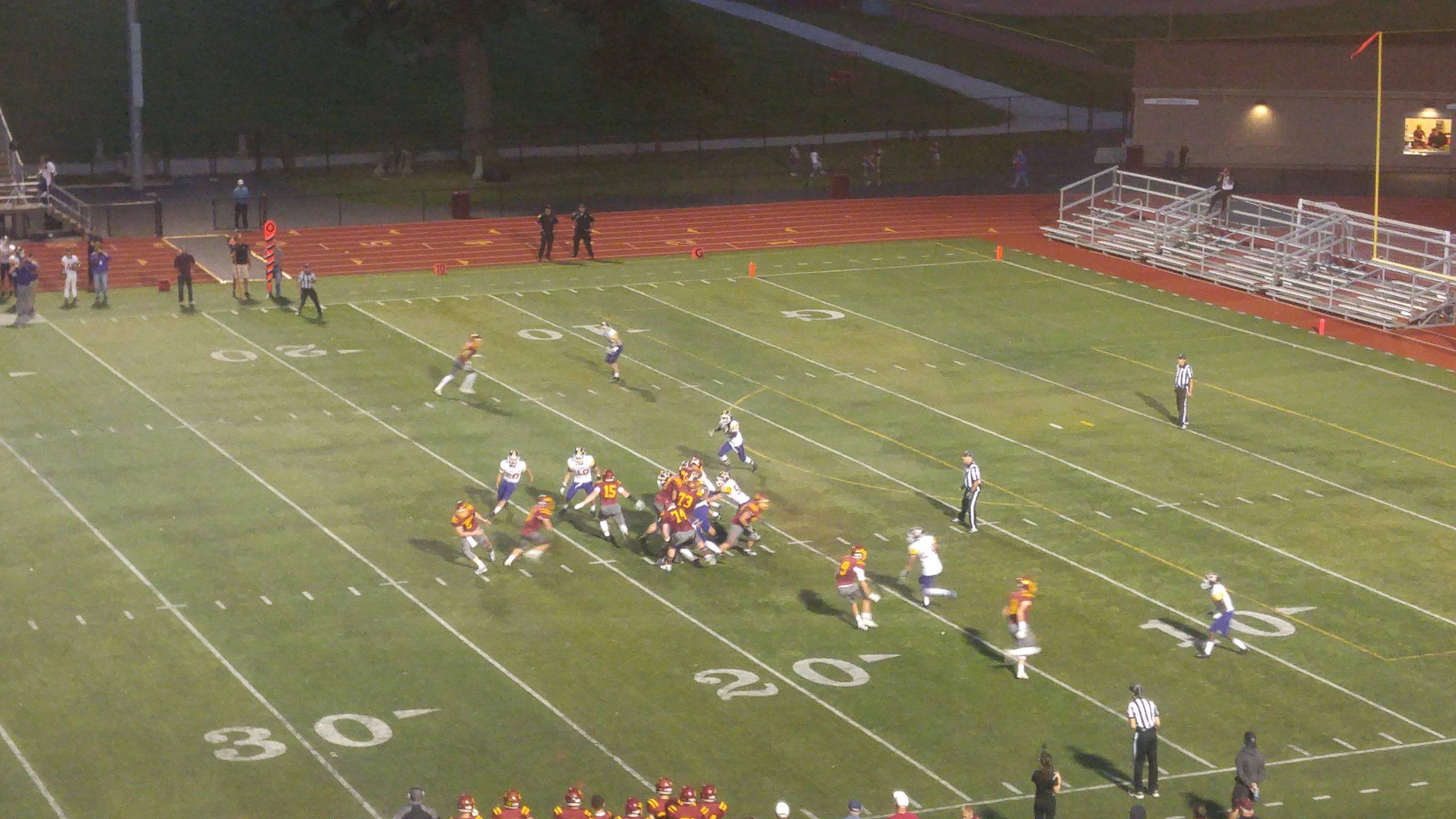 AVON LAKE, OHIO – It was never close as the unbeaten Avon Lake Shoremen handled the visiting Lakewood Rangers with ease tonight in the MAD MAC’s game of the week.  The Shoremen rolled to a 49-0 victory, improving their record to a spotless 5-0 as the Rangers remained winless at 0-5.

Konnor Riggs who has been having an incredible season, added more stats on to his increasing total tonight.  Riggs carried the ball 18 times for 80 yards, scoring 3 times as well.  Riggs has been a force this season that five defenses have already tried and failed to stop.

It was also another big night for quarterback Jack Mikolich.  The signal caller finished the night early, due to the running clock and big lead.  Despite that, he still managed to rack up 144 throwing yards on 10 of 13 passing with 1 touchdown.

Avon Lake head coach Matthew Kostelnik understood how important it was to keep his team focused this week, despite the giant mismatch on paper coming into the game.

“We had a good week of practice and that is important, because we didn’t exactly get that last week headed into the Westlake game.  We took a step forward this week in practice and understood the seriousness of every week in the SWC.  The kids came in this week mentally focused and ready to play, so that was exciting to see.”

The scoring began early as Avon Lake only needed four plays to find pay dirt.  A Riggs rumble from two yards out broke the scoring seal less then four minutes into the contest. On the next play from scrimmage the Shoremen’s Cole Schraff picked off Albert Whilelmy’s pass and returned it for a touchdown, but there was a block in the back, so the return was nullified.  Avon Lake failed to score on the drive following the pick.

The ensuing Lakewood drive would back the Rangers up to inside their own two-yard line. Their punt would then be blocked by Luke Fedders and returned for a touchdown by Matt Sanders.  Two plays later, it was Fedders again, this time with his own pick six that would stand.

The next time the Shoremen touched the ball, it was more of the same.  A dominating and methodical drive capped off by another Riggs touchdown run.  This time it was the powerful back taking it in from 5 yards out to extend the lead to 28-0 with a little over 8 minutes to go in the opening half.  They would tack on another Riggs touchdown on their next drive and go into the half up 35-0.

The huge night by Fedders continued on the opening drive of the second half.  He took a bullet slant pass by Mikolich 57 yards to score in the opening seconds of the half to increase the lead to 42-0 and ensure a running clock for the rest of the night.

The Shoremen will look to stay unbeaten next week as they host the North Ridgeville Rangers.  Lakewood will once again try to earn their first victory of the season as they travel to North Olmsted.

The player of the game was Avon Lake WR/DB Luke Fedders.  He finished the night with 8 catches for 115 yards and a touchdown.  On defense he had a pick six and a blocked punt that was recovered for a touchdown.