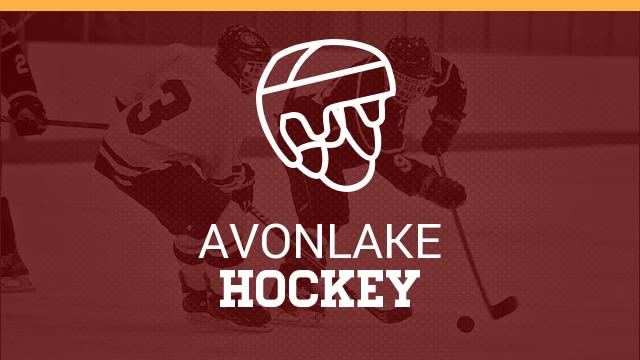 The Shoremen kicked off the regular season with a non-league contest with neighboring Bay High School. Avon Lake prevailed 7-2; buoyed by balanced scoring and solid team defense that held Bay’s talented Jacob Gaudino to one assist on the night.

Sophomore Tommy Kacmarcik led the Shoremen offensively with two goals (including the game winning goal) and an assist on the night. One of his goals game on a great deke after he was awarded a penalty shot in the third period.

Senior Jared Aslaksen started the scoring just 38 seconds into the game when he ripped a slap shot from just inside the blue line. Connor Koncelik was credited with the assist. In the second period, Aslaksen scored again and became the all-time career points leader for Avon Lake High School.

Brian Walasinski (one goal and one assist) and Tim Luberozzi (two assists) played relentless defense and were also rewarded on the score sheet for their hard work. Joey Kleinhenz and Koncelik also scored on strong individual efforts.

Assists on the evening also went to Patrick Graney, Nick Ospelt, and freshman Isaac Young who registered his first high school point. Goalie Cameron Stepka was strong when she need to be, and turned aside 13 shots to earn the victory.

The Shoremen return to the ice at noon on Friday November 24th when they face Solon High School in the Rocky River Tournament. That contest will be followed by two games on Saturday (Olmsted Falls and Avon) and one on Sunday vs Hudson.