Avon’s challenge begins with the start of playoffs 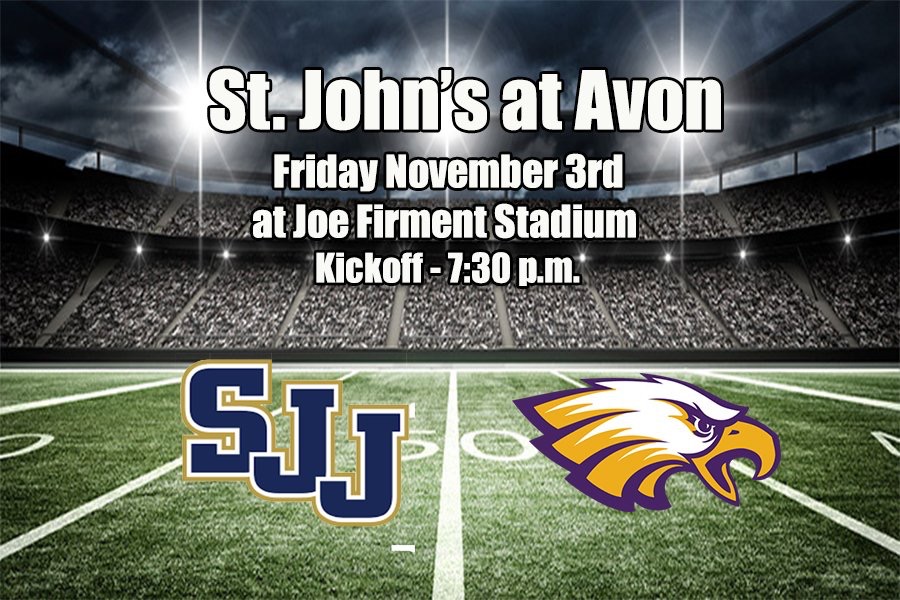 With the regular season now in the rear view mirror, another 10-0 season and a Southwest Conference title in their pockets, the Avon Eagles’ challenge starts now.

Friday night the Eagles play host to St John Jesuit of Toledo, the Titans come in with a 6-4 record, fresh off a 13-6 season ending win over rival Toledo Central Catholic which propelled them into the playoffs.

Avon finished off its second consecutive undefeated season with a decisive 63-35 whitewashing of Berea-Midpark, capturing the SWC title in back to back years.

Avon comes in ranked No. 1 in Division II, Region 6 in the state of Ohio and No. 3 in the local top-ranked schools.

Avon is led by junior quarterback Ryan Maloy along with outside threats Chris Mullins and David Orlando. The Eagles have multiple threats in their run game in Tony Eberhardt and Aaron Endrizal. They also have two-way players in Kyle Kudla and Mark Steinmetz who have helped pick up some much needed slack all season due to injuries.

We find out this Friday night which teams’ momentum carries over to the postseason, and whose season come crashing down.