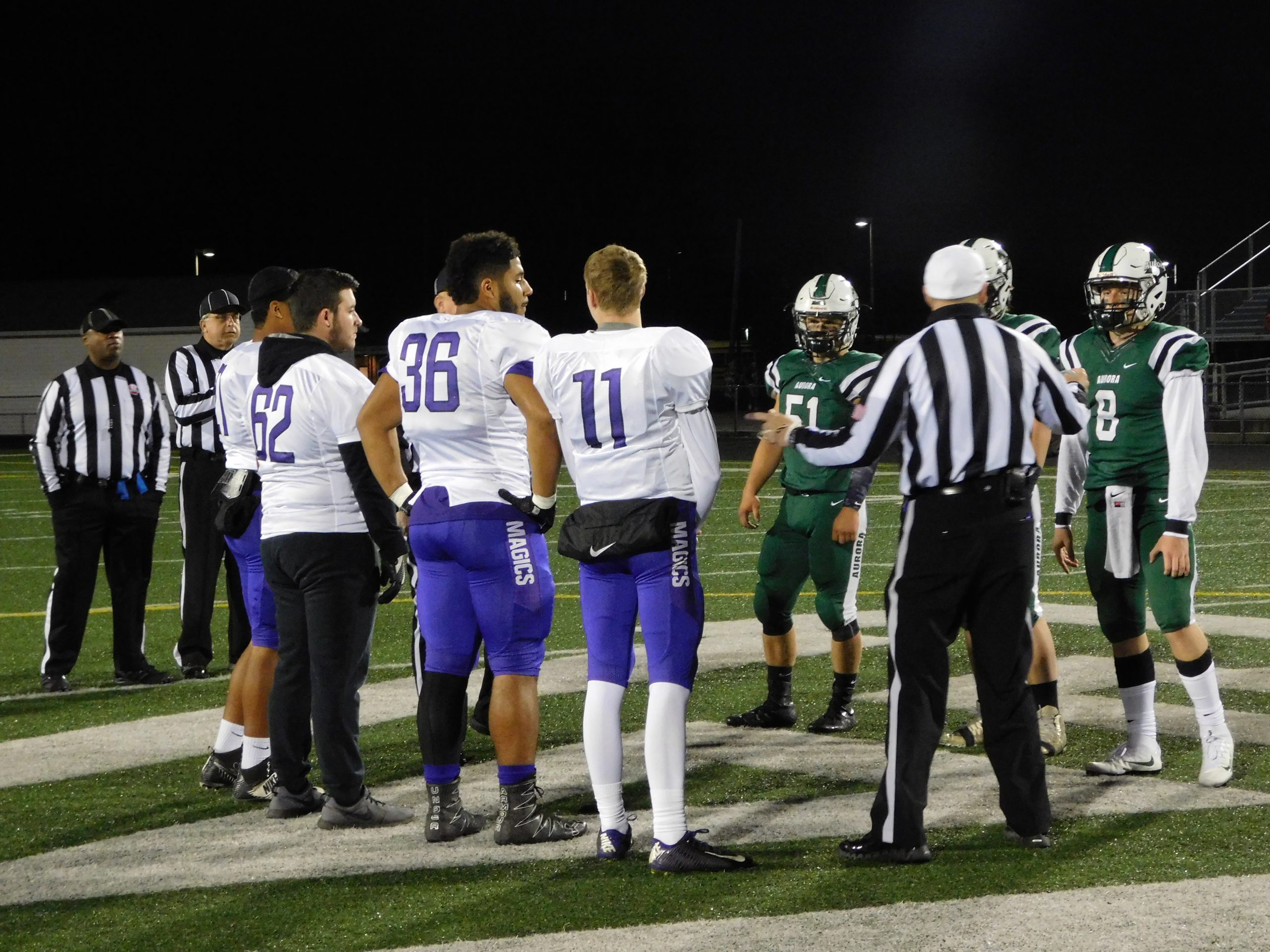 The last time these two teams faced each other was on the 23rd of September when Aurora beat Barberton 49-28. That game was also played in Veteran’s Stadium – on Aurora turf.

The first quarter of action would finish with no score. Both defenses looked stout and stall worth. It was only a matter of time before one of them cracked.

Aurora would not get on the board until the 2nd quarter thanks to a 42-yard pass play from Greenmen quarter back Mac Austin to Gavin Blunt.

The PAT from Robby Albrecht would be good. Aurora would strike again in the same quarter with a 32 and 22-yard field goals from Albrecht to put the Greenmen up 13 – 0 at the half.

Aurora would then open the floodgates in the 3rd quarter. Barberton would turn the ball over in their one third due t a high snap during a routine punt which would lead to a 2-yard TD run from Chris Vanzo.

However, Barberton would finally answer back on a 20-yard TD pass from Barberton quarterback Zane Ries to Garrett Turnbaugh to bring the score to 20 – 7 Greenmen.

As for those floodgates; the very next play, Blunt would score again for Aurora on a kick off return for nearly 95 yards. Aurora would score again on a 12-yard run from Vanzo to bring the score at the end of the 3rd 33 – 7 Greenmen.

In the 4th, Aurora’s Bubba Arslanian would add onto the lead with a hard 33-yard rush for a TD, and bring Aurora’s lead to 33. And last but not least, Barberton would get in one more good lick with a 36-yard TD pass from Ries to Kobie Booker.

The two-point conversion attempt would be no good and all for not bringing the final score to 40 – 13 Aurora over Barberton.

Aurora will now face the winner of Game 2 (Copley vs. Hudson) in the second round in a location that is still to be determined. Aurora beat conference rival Copley 42-28 on October 14 during the regular season Aurora has not played Hudson this season.

And finally, congrats to the Magic’s on a great season.